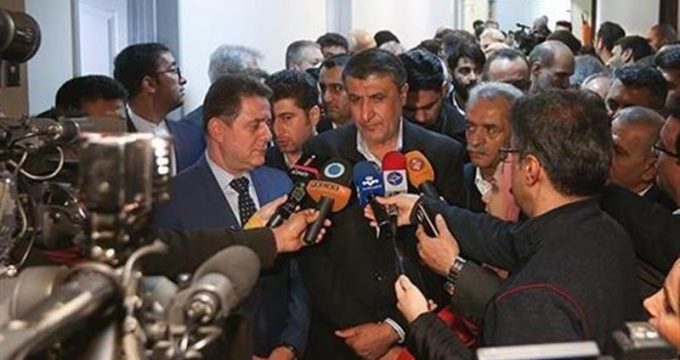 Tasnim – Iran and Syria signed a memorandum of understanding (MoU) to establish three joint companies in a bid to accelerate the reconstruction of the Arab country, which has been stricken by more than eight-and-a-half years of foreign-backed civil war.

The MoU was signed during a ceremony in Tehran on Tuesday evening with Iranian Minister of Roads and Urban Development Mohammad Eslami and Syrian Minister of Public Works and Housing Suhail Mohammad Abdul Latif in attendance.

Speaking at the ceremony, Eslami said the most important part of this agreement is the establishment of three joint state-owned companies between Iran and Syria operating in the fields of infrastructure, housing and consulting and engineering services.

At the same time, there is an opportunity for Iranian companies to invest independently in Syria in accordance with the country’s laws, he added.

The construction of 30,000 residential units and a number of other projects are also included in the MoU, the minister stated.

Since the outbreak of war and foreign militancy in Syria in 2011, Iran has stood by the Syrian government and supported its people against terrorist groups, including Daesh (ISIS or ISIL).

In recent months, the Syrian army has managed to liberate many of the areas occupied by terrorists and has begun the reconstruction process.

Back in January, Iranian First Vice-President Eshaq Jahangiri traveled to Syria with a 40-strong political and business delegation, during which the two sides inked 11 agreements.

In December 2018, Syrian Ambassador to Iran Adnan Mahmoud said his country gives priority to the Islamic Republic for carrying out projects in the reconstruction process of Syria after years of war.