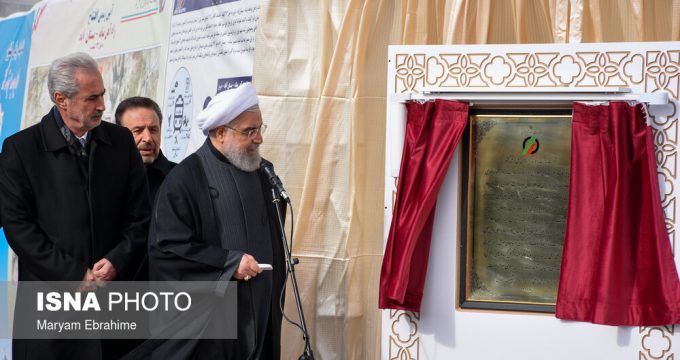 ISNA | Erfan Abdoli & Maryam Ebrahime: President Hassan Rouhani inaugurated a new railway link connecting the city of Mianeh to the capital of East Azarbaijan province, Tabriz, in the northwest of the country on Wednesday. The new railway road which is located on the old Tehran-Tabriz railroad will cut the distance between the two cities as it will pass through the cities of Torkamanchay and Basmenj instead of the current route. Mianeh-Tabriz Railway project is about 203 km long, 132 km of which include Mianeh-Bostanabad link. The remaining 70 km of the project which will reach Tabriz is still under construction.