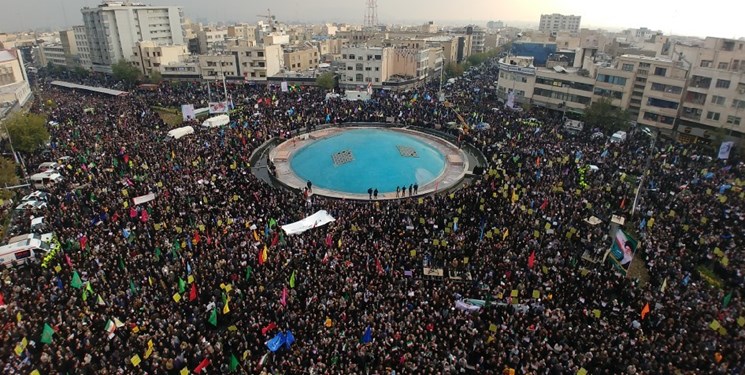 ISNA | Hadi Zand: Crowds of Tehran residents have amassed at the Iranian capital’s Enqelab (Revolution) Square to avow support for the country’s Islamic establishment, condemn the recent violent rioting that broke out under the guise of fuel price protests, and convey their demands to the authorities. The gathering dubbed Hamian-e Velayat (Supporters of the Leadership) kicked off Monday afternoon at the square, which has been named in honor of the country’s 1979 Islamic Revolution, and has ever since served as a rallying point on numerous similar occasions. People started moving towards the venue from the four predefined routes across the city.