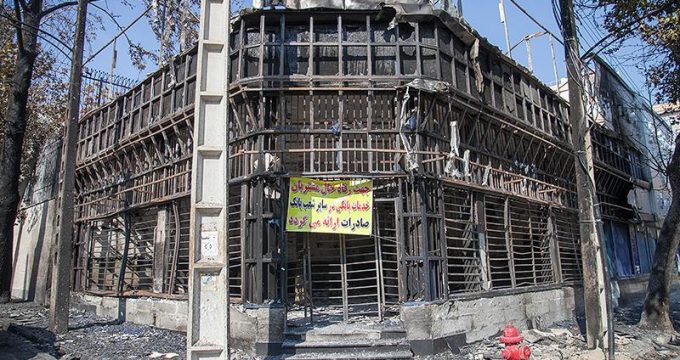 Press TV – The governor of Iran’s western Kermanshah province says rioters affiliated to terrorist groups such as Daesh, PJAK and the Mujahedin Khalq Organization (MKO) have been identified in the province.

Kermanshah near the border with Iraq was one of the few cities where armed bandits went on a rampage, taking advantage of peaceful protests against the government decision to hike petrol prices.

“Saboteurs and rioters torched many businesses in Kermanshah,” he said. “They were linked to PJAK, Daesh, MKO and anti-establishment groups, but they have all been identified by the police and security forces and will be dealt with firmly and legally.”

Daesh has never had a base in Iran, but it has reportedly attracted a few members in Iranian towns and villages close to the Iraqi border in the west.

PJAK is a terrorist group with bases in the mountainous regions of northern Iraq that has perpetrated occasional hit-an-run attacks in western Iran, where the Kurdish populations live.

The MKO is a notorious terrorist cult responsible for the deaths of more than 17,000 Iranians, including senior officials and ordinary people. Until recent years, the group was listed as a terrorist organization by the international community, but the US and Europeans are now courting it with much audacity as a leverage against Iran.

The recent riots exposed foreign support, meddling and planning, Bazvand said, adding residents in the Kermanshah province exercised vigilance and distanced themselves from the attackers as they saw their acts of banditry.

On Sunday, people in Kermanshah planned to take to the streets to condemn the riots and reaffirm their support for the Islamic Republic.

Police said 180 ringleaders of the unrest had been detained across the country.

IRGC spokesman Brigadier General Ramezan Sharif said the protests had been initiated by royalists seeking the return of the Pahlavi dynasty toppled by the 1979 revolution, and MKO terrorists who have been banished from Iran as well as secessionists.

Protests began on Nov. 15 after the government announced gasoline price hikes of 50% and imposed rationing to channel the proceeds to the needy Iranians who are suffering the most under draconian US sanctions.

US leaders have supported the rioters, with US Secretary of State Mike Pompeo calling on them to send him videos of their protests and attacks.