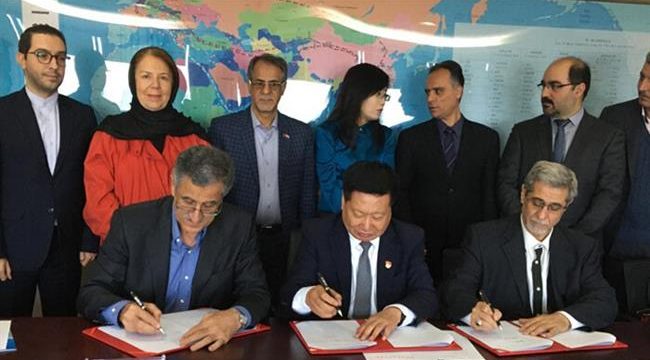 Iran, China about to launch own barter system: Report

Press TV – Iran and China are working out a barter system for trade that aims to bypass restrictions on dollar-denominated transactions imposed by US sanctions, Tasnim news agency says.

“The mechanism, aiming to increase economic exchanges between Iran and China, is in the process of being finalized and implemented,” head of Tehran Chamber of Commerce, Industries, Mines and Agriculture (TCCIMA) Masoud Khansari told the agency Tuesday.

The arrangement was agreed during a recent visit of a TCCIMA delegation to China, under which barter trade will be carried out with Iran both through the mainland and Hong Kong, he said.

“In our recent trip, the Chinese announced their readiness to invest in Iran’s early return mineral and agricultural plans, which of course would be indirect due to sanctions,” he said.

The Europeans were the first to create a barter system for trade with Iran. But the arrangement, known as Instex, has not yet completed its first transaction. And it has drawn strong castigation from top Iranian authorities, including Leader of the Islamic Revolution Ayatollah Seyyed Ali Khamenei who has called Instex “a bitter joke”.

While China continues to buy some Iranian oil, the Europeans have cut off almost any semblance of trade with the Islamic Republic.

Beijing has pushed back against the United States, saying China’s cooperation with Iran is legitimate under international law and should be “respected”.

Khansari said travel agencies in China also announced their readiness to turn Iran into a destination for Chinese tourists who account for a big share of international visitors – so that to channel a portion of the revenues to the Middle Eastern country.

Senior US administration officials have said Chinese companies continuing oil purchases from Iran despite US sanctions are seriously worrying the White House which is warning them to stop the trade.

“No matter how the international and regional situation changes, China’s resolve to develop comprehensive strategic partnership with Iran will remain unchanged,” Xi said in Beijing.

Xi commended enduring friendship between China and Iran, calling on both sides to deepen mutual trust and advance communication and coordination, increase cooperation on security and anti-terrorism, and improve cultural and people-to-people exchanges.

The two sides should work together to accelerate the building of a new type of international order and a community with a shared future for mankind, he added.

There is already a long-heralded oil-for-assets barter deal between Iran and Russia, but they are aggrieved by largely logistical problems to implement it.