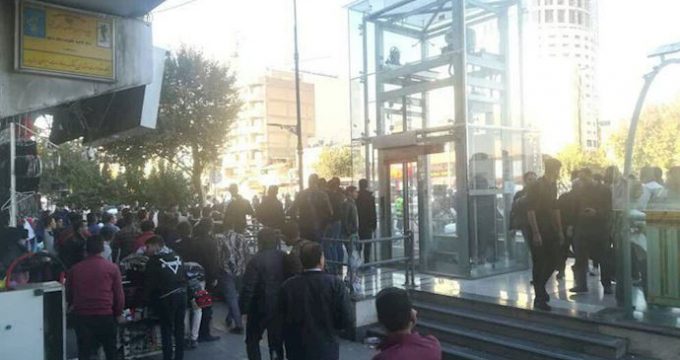 Gizmodo – The government of Iran shut off the internet for virtually everyone in the country on Saturday as protests over fuel prices turned violent. The internet in Iran has now been inaccessible to the general population of 81 million for almost four days, and it’s not clear when the government will turn it back on.

“The ongoing disruption is the most severe recorded in Iran since President Rouhani came to power, and the most severe disconnection tracked by NetBlocks in any country in terms of its technical complexity and breadth,” according to NetBlocks, an internet freedom advocacy organization.

NetBlocks reports that the internet in Iran is showing about 5 percent of normal interconnectivity, presumably allowing top government officials to use the web and mobile devices without disruption. But the vast majority of the Iranian people currently have no access to the internet, making it difficult to learn what’s happening in the country from independent sources.

The protests started on Friday after the government announced on Thursday that fuel prices in Iran would be raised between 50 and 200 percent, leading to a violent crackdown by Iran’s authoritarian regime. Over 100 people in 21 cities have been killed by Iranian security forces since the protests started, according to Amnesty International, though that estimate is considered extremely conservative.

Iranian officials have blamed the protests on outside agitators like the U.S., and said that tens of thousands have participated in the destruction of private property. A handful of photos and videos showing burned out buses and destroyed buildings have made their way online, but the true scale of the destruction, along with the extent of the police brutality, has been obscured through the lack of internet access by the average citizen.

While fuel may have been the trigger that started these protests, most observers acknowledge that the Iranian people are unhappy about a number of issues, including frustration over corrupt leadership and a worsening economic situation ever since the Trump regime reimposed sanctions on Iran in violation of a nuclear agreement signed by President Barack Obama.

But roughly 55 percent of Iranians blame the country’s current economic situation on domestic leaders and only 38 percent blame U.S. sanctions, according to a poll published in October by Foreign Policy magazine. That being said, roughly 66 precent of Iranians believe, “America is a dangerous country that seeks confrontation and control.”

Iran’s Minister of Communications, Mohammad Javad Azari Jahromi, told Iranian state news network Press TV on Monday that the internet would come back “soon.” But it’s Wednesday and there’s no sign of the internet in Iran yet.