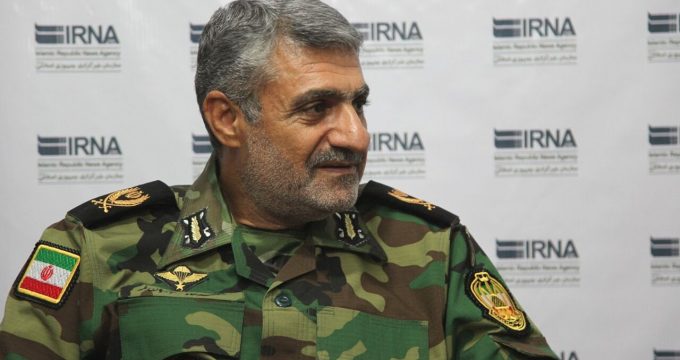 IRNA – Iranian armed forces have exercised full security control in the western borders, commander of Army’s operation zone in west of the country said on Tuesday.

Security in borders has been provided by the round-the-clock efforts of the armed forces, Second Brigadier General Farhad Arianfar told IRNA in the western province of Kermanshah.

Armed forces including Army have been deployed on borders and have put under surveillance everything happening in the area, the commander said, adding that the any cross-border movements by the terrorist groups and the enemies are being monitored round-the-clock.

“Enemy does not dare threaten the Iranian territory.”