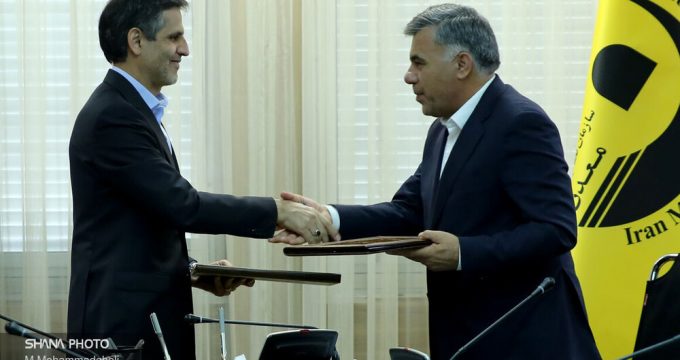 Speaking on the sidelines of a signing ceremony for a memorandum of understanding (MOU) between the Oil Ministry and Iranian Mining Engineering Organization (IMEO), Saeid Mohammadzadeh said five of the mentioned deals are in the field of exploration.

The mentioned MOU was signed by Mohammadzadeh and Head of IMEO Darioush Rasouli on Tuesday in Tehran.

“Iran is a leading country in science and academia in the field of civil engineering, however we are far behind in applying this knowledge in our projects, even in new buildings…. Failing to do so can be harmful,” he said.

He further expressed hope that with the signed deals going operational the Oil Ministry would be able to use the potent capacity of the country’s engineers.
Back in August, head of the National Iranian Oil Company (NIOC) Research and Technology Directorate said his office is going to conduct 25 major research projects worth nearly 700 billion rials (about $16 million).

In August NIOC signed four agreements with universities and knowledge-based companies to conduct research in a variety of oil-related areas including geophysics, geochemistry, unconventional hydrocarbon resources as well as drilling.

Taleqani also noted that other NIOC subsidiaries have also been tasked to increase their research activities and in this regard almost all of them are going to sign similar research agreements in near future.

Since the re-imposition of the U.S. sanctions, Iran has been encouraging domestic companies’ presence in its oil and gas projects, in all sectors including research, exploration and development sectors.

According to Ali Vatani, an advisor to vice president for science and technology, currently about 300 knowledge-based companies are active in the oil industry in Iran.