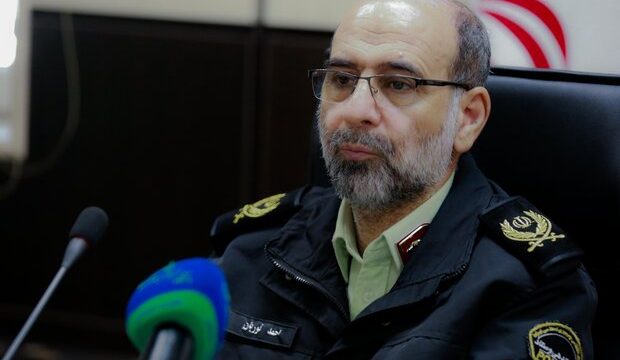 Police has no reservation in confronting disturbers of public security: spox

MNA – Iran’s police spokesman said that the force will counter those who seek to undermine the public security of the country.

“In current circumstances, some individuals who are led by enemies outside the country are taking advantage of people’s demands to undermine the public security and order,” said Second Brigadier General Ahmad Noorian, the Spokesperson of Law Enforcement Force of the Islamic Republic of Iran, on Sunday.

Some protests erupted in a number of cities on Saturday following the announcement the gasoline’s rationing and price hike.

These disturbers have damaged public and private properties and caused fear among citizens and all these have no result other than making enemies of the Islamic Republic happy, he said.

“Following numerous calls from the public who ask for returning of peace to the community and countering those who undermine the public security, the police will strongly confront malicious actions according to its inherent and legal duty,” he added.

He highlighted that the police respects the right of the public but will have no reservation in confronting those who disrupt the order and security.