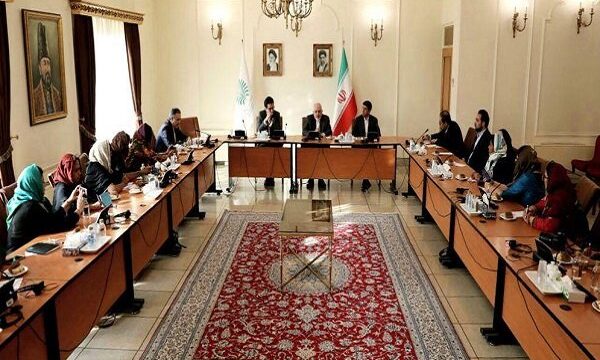 The Hindu BusinessLine | Penny MacRae: Iran’s foreign minister has upbraided India for adhering to far-reaching US economic sanctions against the OPEC member, saying that the Islamic republic had expected its long-standing ally to be “more resilient” in the face of what he called Washington’s bullying.

Washington’s imposition of sanctions targeting nearly all Iran’s economy in an effort to force Tehran to accept tighter curbs on its nuclear programme has gouged the country’s oil revenues, sent inflation sky-rocketing, plunged the economy into recession and devalued the currency.

“India has certainly taken a stance against the sanctions… so that’s been encouraging, (but) of course, we expected our friends to be more resilient vis-a-vis US pressure,” Zarif told a group of visiting journalists from New Delhi.

US President Donald Trump last year quit an international nuclear pact with Iran and imposed sanctions lifted under the 2015 accord. India, the world’s third-largest oil consumer, ceased buying Iranian oil this May in the wake of the sanctions and its refiners now are purchasing more crude from suppliers like Mexico, and have signed contracts with US firms. India had been Iran’s top oil customer after China.

Zarif, a career diplomat, said he understood why India “did not want to agitate” the US by being a sanctions spoiler. “People want to be on the right side of President (Donald) Trump” but the problem is “he hasn’t got a right side,” he said.

The foreign minister said in agreeing to abide by the sanctions, India had placed itself “on the receiving end” of “bullying” by Washington. ”You’re already being bullied by the US because they’re telling you not to buy oil from us” and “if you can’t lift oil from us, we won’t be able to buy Indian rice,” Zarif said to members of the Indian Women’s Press Corps. India being “a great democracy, a huge country… can’t become the subject of bullying as China is,” he said. Still, he expressed confidence that centuries-old ties with India wouldn’t be affected by US actions.

Zarif said imposition of the US sanctions had been a “huge psychological shock” for Iran and had imposed “immense suffering on our population,” Aside from throttling oil exports, the sanctions also cut off Iranian banks’ ties to the international financial world, affecting how it finances global trade. But the economy is now recovering, he said, noting the country’s currency has rebounded 40 per cent against the US dollar after initially sliding 70 per cent.

The minister’s comments were supported by the IMF’s latest forecast that Iran’s economy will shrink in 2019-20 by 9.5 per cent, but that it will recover next year to post flat growth.

Iranian officials say the country is surviving the sanctions by boosting exports of non-oil goods like food, textiles and petrochemicals and through bartering and back-room deals. Even with the toughest sanctions we won’t be destroyed,” Zarif said, noting Iran’s vast natural resources and educated population.

“Iran will continue to sell its oil and countries will continue to buy it. But the nature of this new business” is that one of the “biggest victims” is transparency and “one of the biggest gainers is corruption,” Zarif said. “Corrupt people make a lot of money because transactions will always be conducted. Iranian oil always has customers. The only difference is a bunch of people will make a lot of money buying oil at a discount and selling it to others” at higher prices, he said.

Zarif expressed worry that progress on the strategically key Chabahar Port “hasn’t been as fast as we’d all wanted” and warned about implications for regional stability if it’s not completed. India, Iran and Afghanistan signed an agreement three years ago involving setting up a transport corridor using Chabahar as a regional transport hub for goods and passengers. “Chabahar is much greater than India and Iran. Chabahar affects regional stability. Afghanistan’s future means the future of law-and-order in this region, freedom from terrorism,” he said, adding that ISIS fighters were regrouping in Afghanistan, creating greater hazards for the region. ISIS’ shift to Afghanistan “is the source of common concern between India, Iran and Pakistan.

Zarif said though Chabahar is exempt from US sanctions, the slowdown is a “natural” consequence of them. India is developing the first phase of the Shahid Beheshti Port in Chabahar in cooperation with Iran. He said China also wanted to work with Iran on developing the port but New Delhi shouldn’t see Beijing’s interest as representing “competition.”

While Zarif rejected use of the word ‘alliance,’ he said US economic and political actions had created “an understanding” between China, Russia and Iran “that we’re all (US) targets” and there was “a commonality being felt” by the leaderships of the three countries.

He said India could also one day be a US target “but for the time-being Trump needs (Prime Minister Narendra) Modi’s votes in Texas.”