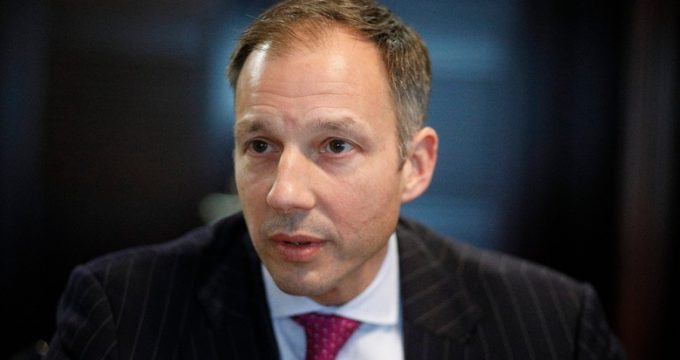 US looks to step up pressure on Iranian oil exports

The National – The US will press on with its campaign of “maximum pressure” on Iranian oil exports with the aim to squeeze the country’s revenues, a senior American government official said.

Since walking away from the 2015 Joint Comprehensive Plan of Action last year, the US has looked to reduce Iran’s oil exports to zero. The administration imposed sanctions on Iran in November last year, restricting its sale of oil and condensate. The US increased pressure on Tehran this May, cancelling waivers that were granted to eight of Iran’s significant oil buyers including India, China, Turkey and Japan, among others.

“We’ve been able to advance a maximum pressure campaign to take significant barrels off the global markets without any harmful impact to the global economy. It’s an achievement that no one thought was possible. It was never done before,” Francis Fannon, assistant secretary for the Bureau of Energy Resources at the US State Department, said on Tuesday.

The US has managed to restrict about 80 per cent of Iran’s oil supply from entering the global market, but Tehran has still sold about $500 million worth of crude per month, according to shipping data and calculations by Reuters. Consultancy FGE estimates Iran is still shipping about 400,000 to 500,000 barrels per day.

The US will continue to expand its campaign to include a broader suite of refined products under sanctions to reduce Iran’s revenues and stop it from engaging in destabilising activities across the region, Mr Fannon said on the sidelines of the Abu Dhabi International Petroleum Exhibition and Conference.

More than 2 million bpd of Iranian crude and condensate were taken off the market under the US sanctions, which led a number of countries such as India to look for alternative supply sources.

The Indian Oil Corporation, one of the top oil companies, wants to diversify its sources of oil procurement and is planning to import oil from Russia and other countries, according to its chairman.

“We have been keeping a lot flexibility in our overall system, so that we have diversified sources in case of any restrictions not only from Iran but any other source so that we have options available,” said Sanjiv Singh in Abu Dhabi.

Booming US production, currently the world’s largest producer, will be key to ensuring global energy security, Mr Fannon said. The US is on track to reach 13 million bpd by the year-end, he said.

“US energy abundance offers countries new levels of opportunities to ensure and secure the energy that they need.”

On Sunday, Iran’s President Hassan Rouhani said the country had discovered a new oilfield, containing 53 billion barrels. Mr Fannon said under present conditions, the find would be of little use.

“Until Iran is able to curtail its malign behaviour and assuming that those reserves are proven true, again, who knows? I would argue under the current conditions, those are the world’s biggest stranded asset,” he said.