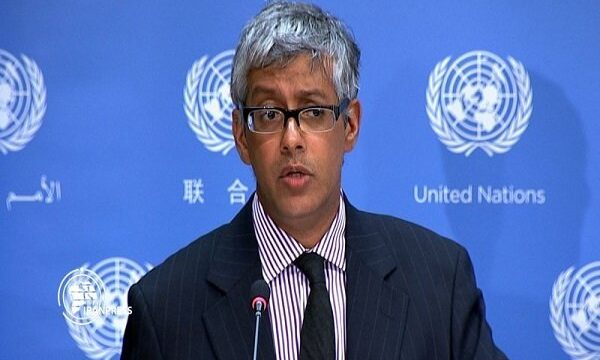 UN calls on US to comply with rules, allow medicines into Iran

MNA – Deputy Spokesman for UN Secretary-General Farhan Haq called on the United States to comply with the decision of the International Court of Justice and allow vital medicines into Iran.

“We encourage all UN member states to follow the decisions of the International Court of Justice,” Haq said in a press conference on Tuesday in response to a question regarding the US bans that are hampering the imports of vital medicines into Iran.

According to reports, Iranian children suffering from a rare skin condition known as EB are losing their lives as US economic sanctions hamper the flow of vital medical products.

Hamid Reza Hashemi-Golayegani, the head of an NGO that helps such patients said last week that at least 15 Iranian children with epidermolysis bullosa (EB) have died since the US launched its new sanctions on Iran in August.

That is because Swedish medical companies that provided protective bandages for such patients have halted supplies due to the restrictions, he said.

The trade of humanitarian goods, such as food, medicine and medical devices, is on paper allowed by the US, still European companies refuse to do business with Iran, fearing secondary American sanctions.

The International Court of Justice (ICJ) – the principal judicial organ of the United Nations – ordered the US in October 2018 to halt the unilateral sanctions it had re-imposed on “humanitarian” supplies to Iran.