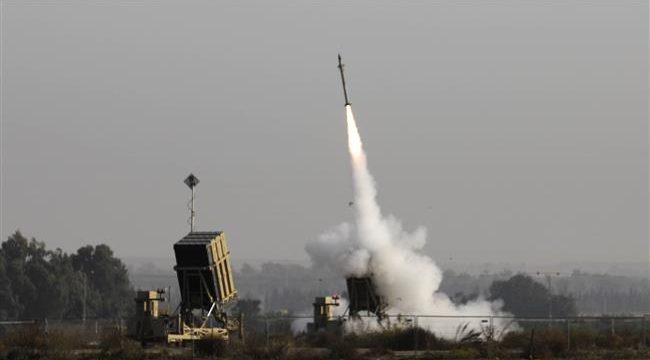 Press TV – Four more Palestinians have been killed in the Gaza Strip as the Israeli military renews its air raids against the besieged coastal enclave for a second day, prompting retaliatory rocket fire into the occupied territories.

Al-Quds Brigades, the armed wing of the Islamist Jihad movement, said on Wednesday that a member of the resistance group, Khalid Mavaz, 38, had lost his life in an Israeli airstrike on central Gaza.

The Israeli military said its forces targeted Mavaz as he was preparing to launch rockets into the Israeli-occupied territories, a day after the regime assassinated senior Islamic Jihad commander Baha Abu al-Ata, along with his wife, in a targeted strike.

Three Palestinian also lost their lives in the raids, according to the health ministry in the blockaded enclave, bringing the death toll from the regime’s assaults since Tuesday morning to 16.

According to the latest figures by the Gaza Health Ministry, the Israeli raids have left a total of 45 people injured, including 23 children.

Ata’s assassination sparked Palestinian retaliatory attacks, with Israeli military sources saying more than 200 rockets have been fired from Gaza into the occupied territories on Tuesday.

Speaking on Tuesday evening, a spokesman for the al-Quds Brigades warned of further rocket fire from Gaza, stressing that Israel is not the side to determine how the current round of fighting in the blockaded enclave would end.

“We hold the enemy fully responsible for the consequences of its stupid decision to assassinate the leadership of the resistance,” Abu Hamza said. “The coming hours will add a new headline to the record of defeats of the enemy’s rash prime minister, who has only brought the Zionists destruction and war.”

The Israeli attacks have sparked a wave of condemnations from Muslim countries and international organizations.

On Tuesday, the Organization of Islamic Cooperation (OIC) condemned the Israeli aggression against Gaza, saying it constitutes a flagrant violation of international humanitarian law conventions.

The 57-member Jeddah-based organization also held Israel accountable for the consequences of the dangerous Gaza escalation and called on the international community to shoulder its responsibilities towards providing international protection for the Palestinian people.

Similarly, the Arab League held the Tel Aviv regime responsible for the “horrific crime” it had committed in Gaza and its consequences, adding that Tuesday’s raid comes in continuation of acts of aggression by the Israeli occupation against the Palestinians.

“This comes in the context of exposed Israeli attempts to let the Palestinian people pay the price of the predicaments and agendas of Israeli parties,” the 22-member pan-Arab body said in a statement.

Israel, the Arab League noted, wants to push the Gaza situation to further deterioration, drag the region into violence and threaten international peace and security.

The Arab League further called for international intervention to stop the Israeli crimes against the Palestinian people and provide them with protection.

Additionally, Jordan denounced the Israeli airstrikes and urged the international community to promptly act in order to stop the regime’s aggression on the besieged coastal sliver.

The Jordan news agency, Petra quoted Foreign Ministry spokesman Daifallah al-Fayez as saying that “the Israeli escalation against the Gaza Strip and targeting of innocent civilians will only increase tension and violence, deepen despair and promote extremist agendas in the region, and will not lead to any solutions.”

“The solution to the problem in the Gaza Strip lies in finding a real political horizon through returning to the negotiating table between Israel and Palestine, lifting the unjust blockade on the enclave, promptly addressing the humanitarian needs there and respecting the international law,” he added.

Lebanon’s Hezbollah resistance movement censured Tuesday’s raids on both Gaza and the Syrian capital, Damascus, where the home of another Islamic Jihad figure came under attack in a failed assassination attempt.

The Israeli strike in Damascus hit the home of Akram al-Ajouri, killing his son and another person.

In a statement, Hezbollah offered condolences to the Islamic Jihad and the victims’ families on the martyrdom of their loved ones, highlighting the Palestinians’ steadfastness and the resistance’s ability to respond strongly to the Zionist aggression.

Furthermore, Palestinian Prime Minister Mohammad Shtayyeh released a series of tweets on Tuesday, condemning the Israeli strikes on Gaza and demanding that the UN take action.

Shtayyeh also slammed competitors in Israeli elections for using “Palestinian blood as an electoral card,” emphasizing that the Palestinian government has been conducting intensive regional and international contacts to deter the aggression.

Meanwhile, Egyptian officials, who were speaking on condition of anonymity, said Cairo is attempting to help de-escalate tensions between Israel and Gaza.

Egypt’s general intelligence agency, they said, has stepped up communications and “opened channels” with the US and the European Union.

Moreover, a diplomatic source told The Times of Israel that UN Special Coordinator for the Middle East Peace Process Nickolay Mladenov “is heading urgently to Cairo,” adding that the world body has been involved throughout the day to de-escalate tensions.

Azzam al-Ahmad, a senior Fatah and Palestine Liberation Organization official, confirmed contacts with Egypt and the UN to push for a ceasefire between Israel and Gaza.

“We have been in touch with the Egyptian intelligence as well as United Nations to push for a restoration of calm and an end to the spilling of blood,” he told The Times of Israel in a phone call.