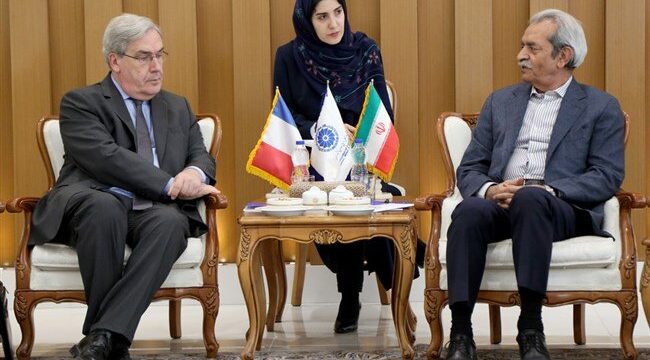 Tehran Times – French Ambassador to Tehran Philippe Thiebaud said his country is seeking a formula to remove the barriers created by the U.S. sanctions in the way of trade with Iran, portal of Iran Chamber of Commerce, Industries, Mines and Agriculture (ICCIMA) reported.

“France is still trying to make INSTEX [The Instrument in Support of Trade Exchanges] operational,” Thiebaud said in a meeting with the ICCIMA Head Gholam-Hossein Shafeie at the place of ICCIMA on Tuesday.
“The relationship between Iran and France has historically been far beyond commercial relations,” the French envoy said, insisting that companies and chambers of commerce in the two countries should work together to strengthen economic relations.

“The two sides have deep cultural and human relations with each other,” he stressed.

Mentioning the disappointment caused by the delays in implementing INSTEX, the official said, “We understand this frustration very well, but we are still trying to get there.”

It should be noted that creating such a system is a new endeavor and has many complexities. Finding a mechanism that provides the resources needed to operate this system is not an easy task and takes time, he explained.

Shafeie for his part, criticized the sharp decline in trade relations between the two countries and praised France’s constructive efforts in saving the nuclear deal when the U.S. imposed unilateral sanctions against Iran.

The official also mentioned France’s efforts to make INSTEX operational, saying “such efforts were promising, although unfortunately the presented solutions did not eventually become operational.”

“However, even in the most difficult circumstances, Iran’s private sector is trying to maintain international relations and continue its business activities,” he added.

Shafeie further highlighted the activities of the Iran-France Joint Chamber of Commerce, noting that the chamber’s close and long-standing relations with French businessmen creates the hope that using this capacity, the two countries would be able to restore their economic ties.