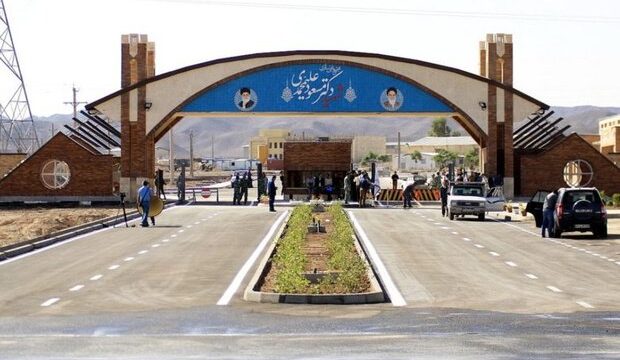 MNA – Director of Fordow nuclear facility said the plant is ready for 20% uranium enrichment when the need arises, adding that the enrichment machines are active and some more will come on stream in the near future.

The director of Fordow nuclear facility made the remarks during a recent media visit to the plant.

“All activities at Fordow are carried out by Iranian experts. The only exception is our cooperation with the Russian side on stable isotopes,” the director added.

“The field of stable isotopes requires a far more complicated knowledge and we did not have any prior experience in the field. We are cooperating with the Russians on the design of a chain to begin the industrial enrichment.”

Noting that with Fordow coming on stream, the country’s enrichment capacity would increase by 15% to 20%, the director added “previously, we had about 6,000 SWU enrichment capacity, which was once raised by 2,662 SWU and now by about 1,000 SWU within the framework of Iran’s reduction of JCPOA commitments.”

“These increases have brought the country’s enrichment capacity to over 6,500 SWU, nearly the capacity we had before the JCPOA was put into effect,” the director added.

On Nov. 7, Iran officially started injecting gas into hundreds of centrifuges at Fordow nuclear plant in the fourth step of the country’s reductions to its commitments to the 2015 nuclear deal.

AEOI spokesman Behrouz Kamalvandi said the plant would resume uranium enrichment, and that the level of purity of enrichment would reach 4.5 percent.

Iran began reducing commitments step by step a year after the US’ unilateral withdrawal and in the face of any practical measures by the European signatories to the nuclear agreement.

Tehran says the suspension of its commitments is not a violation of the JCPOA but is based on Articles 26 and 36 of the agreement itself, and all the measures will be reversed once the other parties start living up to their own commitments.