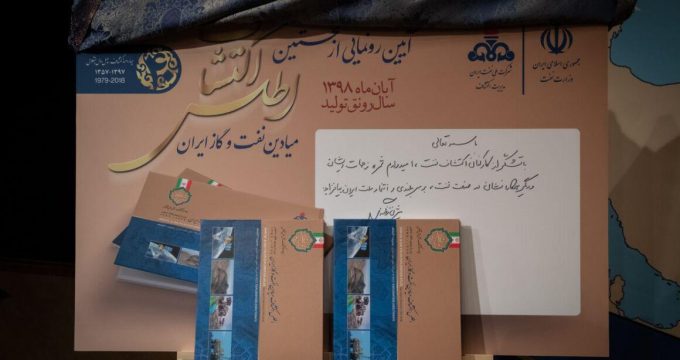 SHANA – The Atlas of Iran’s oil and gas fields which were explored after the 1979 Islamic Revolution was unveiled by the National Iranian Oil Company (NIOC)’s exploration department.

A ceremony was held on Monday in Tehran to disclose details about a newly discovered oil reservoir in the southwestern province of Khuzestan in the presence of the Iranian Minister of Petroleum, Bijan Zangeneh, and the National Iranian Oil Company (NIOC) CEO Masoud Karbasian.

During the ceremony, Seyed Saleh Hendi, director of the NIOC exploration department, said his company had made a new discovery every year since the revolution, with the exception of six years which were contemporary with the Iran-Iraq war.

He said the atlas entailed all the oil and gas discoveries in Iran over the past four decades.

During this period, a total of 73 fields including 36 oil and 37 gas fields have been discovered in Iran, Hendi said. The fields also include 26 border and joint fields.

According to the official, all the oil recovered in the country over the past four decades has been replaced by new explorations, and conditions in the gas field are far better as gas reserves are eight times the amount of gas recovered during this period.