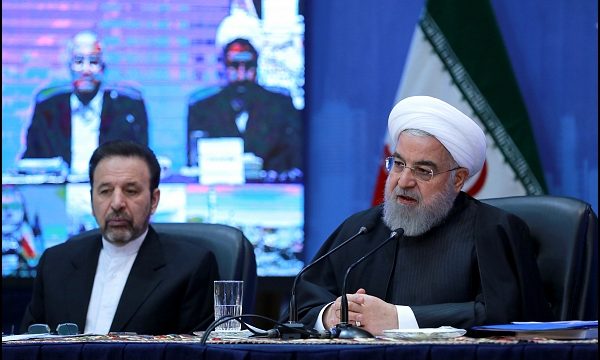 IRNA – Iranian President Hassan Rouhani said based on their own sayings, Israel and Saudi Arabia made US President Donald Trump decide to withdraw from Iran nuclear deal known as the Joint Comprehensive Plan of Action (JCPOA).

No one in the world is now able to blame Iran for reducing its JCPOA commitments since we waited for one year and they were not able to return Iran’s case to the United Nations Security Council.

Enemies created a problem for us and the only way adopted by Iran was resistance and negotiation with the world, he noted.

Iran will never set aside a negotiation path but we will not rely on it but we should continue our efforts.