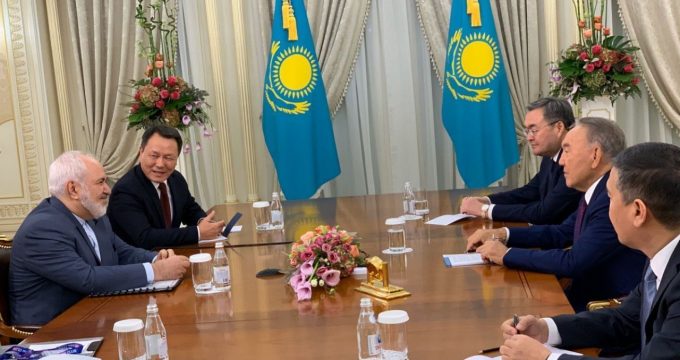 The meeting was held on the sidelines of the 2019 Astana Club.

Earlier, in a meeting with his Kazakh counterpart Mukhtar Tleuberdi, Zarif reviewed the recent developments in the two countries’ relations, particularly with regard to the joint commission in Kazakhstan, as well as regional developments.

Zarif visited the university and delivered a speech titled ‘New Paradigms and Discourses in the Contemporary World’.

Meanwhile, Zarif received the ‘Honorary Professor’ title of the Kazakh University of Eurasia in Nur-Sultan city on Monday.