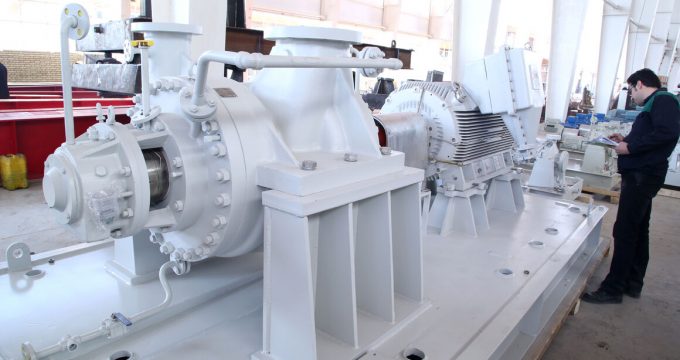 SHANA — The CEO of PetroIran Development Company announced its plans for mass-production of multiphase pumps in collaboration with local manufacturers.

According to the National Iranian Oil Company (NIOC), Sepehr Sepehri said his company, as an upstream company in the petroleum industry, was keen on supporting domestic manufacturers and knowledge-based companies in the industry.

PetroIran has signed a contract with the National Iranian South Oil Company (NISOC) regarding the use of Iranian-made multiphase pumps in oil fields.

Referring to PetroIran’s efforts to expand technology, innovation and ultimately commercialization and development, which include design, and production of goods and services in the field of high technologies, he said: “Of the main goals of this mission is to create value added through the production of software and hardware, as well as production of items required in the oil and gas industry based on state-of-the-art technologies.”

He emphasized the necessity of cooperation with domestic manufacturers, adding: “Currently, production of multiphase pumps to enhance multiphase fluid pressure of hydrocarbons, which increases the production capacity of oil wells and prevents the burning of gas hence minimizing environmental pollutions, has been on the agenda for mass production, and we’re planning for mass-production of this technology.”

Multiphase pumping is becoming increasingly used by operators around the world as a tool for more economical and environmental friendly oil and gas transport.

The whole idea is to flow and pressure boost the raw well stream before separation, treatment and processing.

This leads to a number of production improvements for the operator and to a simpler and more economical way of transporting hydrocarbons over longer distances from the producing field to the process facility.

PetroIran Development Company Limited is an oil and gas company based in Tehran, Iran. It is a subsidiary of Naftiran Intertrade, a part of the National Iranian Oil Company, responsible for developing upstream oil projects. The company was established in 1997 and in 1999 it was registered in St. Helier, Jersey.