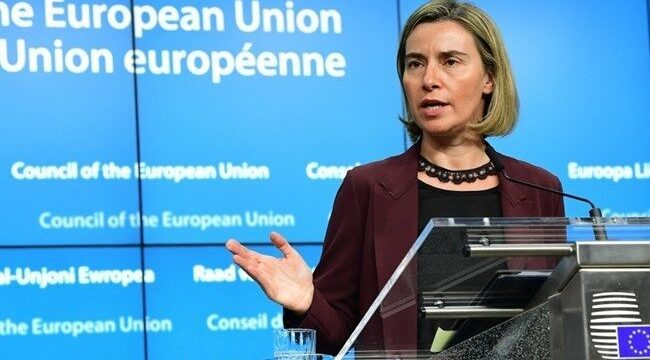 “As I mentioned, the discussions today will focus mainly on the security situation in the broader region of the [Persian] Gulf,” European External Action Service (EEAS) quoted Mogherini as saying upon arrival at the Foreign Affairs Council.

“Obviously, we will also address the new developments on the implementation of the JCPOA [Joint Comprehensive Plan of Action] – in particular, with regards to the reports of the IAEA [International Atomic Energy Agency],” she added.

Earlier, Spokesperson of the IAEA said that it will continue to consult with Iran with a view to clarify the situation for preventing the inspector in Natanz enrichment site.

“The IAEA does not go into details in public about such matters, but based on the information available to us, the Agency does not agree with Iran’s characterization of the situation involving the inspector, who was carrying out official safeguards duties in Iran.” it added in a statement.

Based on the Joint Comprehensive Plan of Actions (JCPOA) signed between Iran and six world powers in 2015, Iran was not supposed to carry out enrichment in Fordow, she said, adding that the enrichment process has various steps the first of which is the transfer of materials and in the second step it should be connected to feeding lines.