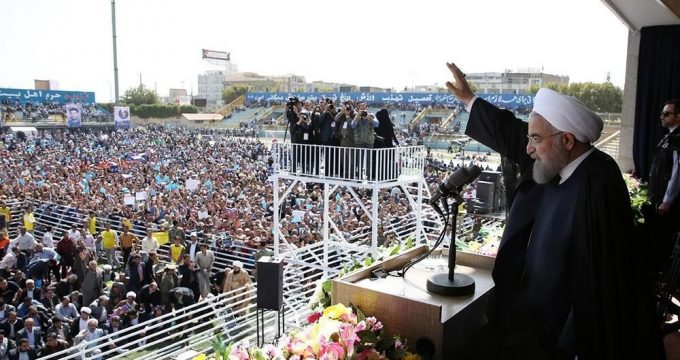 President Rouhani says US wishes to see divide among people

IRNA – President Hassan Rouhani on Sunday bitterly criticized critics of the government, saying that the US wishes to see divide among the people and a small group cannot be allowed to echo the voice of the US.

President Rouhani made the remarks in his speech to large crowd of the people at main Square in the city of Yazd.

Responding to a small group that was trying to disrupt his speech in Yazd, President Rouhani said that the voice of a few is not the voice all.

President Rouhani said we shouldn’t let the voice of the US be heard from a small number of people.

Inviting them to join the majority of the people, he said that the people of Iran are standing against foreign pressures and are ready for any kind of self-sacrifice more than ever.