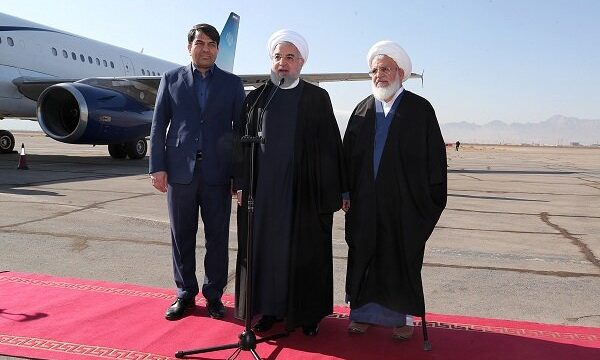 MNA – Iranian President Hassan Rouhani arrived in Yazd Province minutes ago in the course of the provincial tour of the Government of Prudence and Hope on Sunday to inaugurate two important projects.

The President is scheduled to address the people of the province at Amir Chakhmaq Cultural-Historical Complex in a few hours.

Speaking at the airport, he said, “In this visit, new plans and projects, which are aimed at contributing to the development and advancement of the province, will be announced.”

“Today, we are the guest of the dear people of Yazd and we will meet with them,” continued the President.

He added, “In this visit, two important projects will start operation in Ardakan.”

He also expressed hope that the visit will have good results for the people and the province.