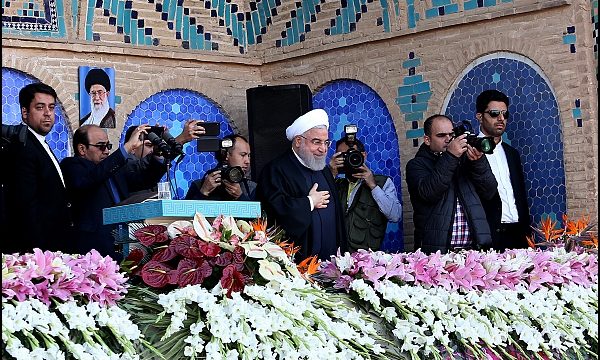 AFP – Iran has discovered a new oil field containing 53 billion barrels of crude, President Hassan Rouhani said Sunday, a find that would increase Iran’s proven reserves by over a third.

The field covers 2,400 square kilometres (926 square miles) and is located in Iran’s southwestern province of Khuzestan, Rouhani said in a speech aired on state TV.

“This is a small gift by the government to the people of Iran,” he said.

The 80-metre deep field stretches nearly 200 kilometres from Khuzestan’s border with Iraq to the city of Omidiyeh, Rouhani added.

The find would add around 34 percent to the OPEC member’s current proven reserves, estimated by energy giant BP at 155.6 billion barrels of crude oil.

Iran is a founding member of the Organization of the Petroleum Exporting Countries and sits on what were already the world’s fourth-biggest oil reserves and second-largest gas reserves.

But it has struggled to sell its oil since US President Donald Trump withdrew from a landmark 2015 nuclear deal and reimposed unilateral sanctions on Iran.

The remaining parties to the accord — Britain, China, France, Germany and Russia — have worked to save it by avoiding US sanctions, but their efforts have so far borne little fruit.