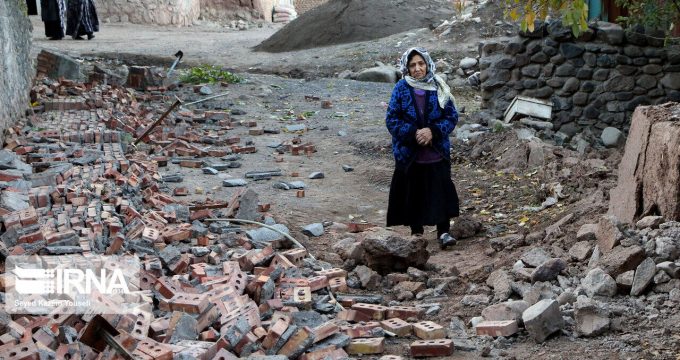 IRNA – An earthquake measuring 4.8 on the Richter scale shook town of Torkmanchai on suburb of the city of Mianeh northwestern Iran in East Azarbaijan province on Sunday.

According to the Seismological Center of the Geophysics Institute of Tehran University, the tremor occurred at 05:43 hours local time (02:13 GMT) and at the depth of 8 km underground.

The epicenter of the quake was located at 12 km of Torkmanchai, 30 km of Sarab and 30 of Tark.

The earthquake was accompanies by 8 aftershocks happened at the depth of 6-10 km underground.

No report has so far been released on the likely casualties or damage to property.

Iran sits on major fault lines and is prone to near-daily earthquakes.

Meanwhile earlier, a 5.9 earthquake on the Richter scale which shook the town of Tark, northwestern Iran in East Azarbaijan province in the early hours of Friday claimed the lives of seven people and injured 700 more.