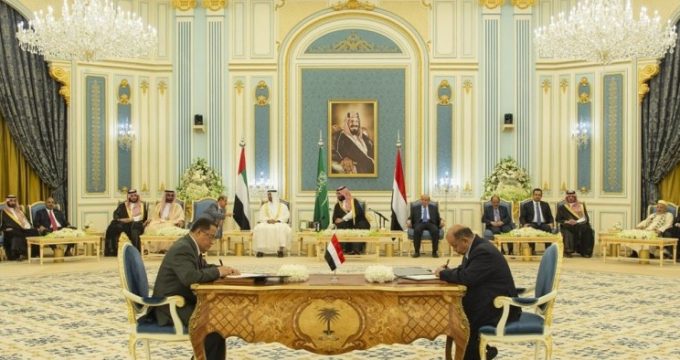 Euronews | Helena Skinner: Yemen’s Saudi-backed government and southern separatists signed an agreement on Tuesday to end a power struggle in the south of Yemen that risked opening a new front in the multifaceted conflict.

Saudi Arabia’s crown prince hailed the deal as a step toward a wider political solution to end the war, but what does this deal mean for the coalition and those on the groun

Why is the south contentious?

The war in Yemen has continued for four and a half years, sparked by the Houthis, an Iran-aligned group in Yemen’s north who swept to power in the capital Sanaa in 2014. The group began to extend its power in 2015, leading to the overthrow of Abdrabbuh Mansur Hadi’s internationally-recognised government.

The exiled government asked Saudi Arabia to step in and help restore it to power.

“It is at this point,” says Elisabeth Kendall, Senior Research Fellow in Arabic & Islamic Studies at the University of Oxford, “that the internationalised war began’’.

“There have been many different groupings in Yemen who are all vying for power, territory and resources, and since that war began we’ve seen some cracks in the government side,” she tells Euronews.

One group, the Southern Transitional Council (STC), wants an independent state in the south.

“At the moment they’re in quite a good negotiating position, because the government needs them to fight the Houthis with them,” says Kendall.

It is not the first time tensions have emerged within the Saudi-led coalition, between UAE-backed southern secessionists and the Saudi-backed government. The most serious fissure was in August, when the separatists seized control of the southern port of Aden and declared Sanaa authorities unwanted in the south.

“There were several killings on both sides, and it looked like we could have a war within a war,” Kendall explains.

“But the coalition stepped up and put the two sides together and got them talking in Jeddah … and that has now resulted in Riyadh agreement.”

The STC will now join a new cabinet, while tens of thousands of UAE-backed southern forces would be placed under government control.

The deal calls for:

What are the positives to the agreement?

“There are some real upsides to this agreement,” Kendall tells Euronews. “One, it really does avert a war within a war within the immediate future at least.”

“Two, it does enable the coalition to stay together, the UAE backed forces and Saudi backed forces will continue working together. And three, it enables everyone in coalition to focus on fighting the Houthis and containing Iran – not turning on each other.”

What are the pitfalls?

The deal doesn’t permanently solve the southern secession issue. “It essentially kicks the can down the road on this,” says Kendall. “It says ‘Look, when we finish dealing with the Houthis, and Iran, then we’ll address the southern secessionist issue’ so it puts on hold the whole idea of an independent state.”

She adds: “It places all of the southern military, security and police forces under the control of the so=called legitimate government. This will be really difficult, because that government is perceived to be dominated, at least right now, by pro northern ministers.”

This view is echoed by Peter Salisbury of Crisis Group, who wrote on Twitter that the deal “bears hallmarks of past intra-Yemeni deals that have failed: Loosely worded, Leaves a number of questions around implementation unanswered.”

How has news of the deal been received?

New of the Riyadh Agreement was welcomed amongst Arab leaders, and around the world.

“This agreement will open, God willing, broader talks between Yemeni parties to reach a political solution and end the war,” Crown Prince Mohammed bin Salman said in a televised signing ceremony in Riyadh.

United Nations envoy Martin Griffiths, who is trying to restart talks to end a war that has pushed Yemen to the brink of famine, congratulated the two sides on the deal.

“Listening to southern stakeholders is important to the political efforts to achieve peace in the country,” he wrote on Twitter.

Kendall notes that the UN response was “slightly more cautious than the Saudis …. they’re certainly not calling it a momentous victory.”

What does the deal mean for Yemeni civilians?

Earlier this month, a report by the Armed Conflict Location and Event Data Project (ACLED) found more than 100,000 people have been killed in Yemen’s civil war since 2015.

The death toll includes more than 12,000 civilians killed in attacks directly targeting civilians, according to ACLED.

“For ordinary Yemeni civilians the signing of an agreement probably doesn’t mean that much, there are 24 million yemenis in need of some kind of humanitarian assistance, there’s still around 10 million close to starvation,” says Kendall.

The deal is “welcome that it doesn’t open up another front within the war, but it doesn’t really alleviate anything to do with day to day amenities for these civilians, and so actually the war is going to drag on,” she adds.

“It would be very easy to mistake the signing of the Riyadh agreement for a huge step on the way to peace … there’s still such a huge way to go.”

The Saudi Development and Reconstruction Program for Yemen (Saudi DRPY) was quick to tweet congratulations for the deal.

“The main coalition members Saudi Arabia and UAE, both have really stepped up public relations game over the past year or two years to show they’re not just inflicting damage on parts of Yemen, they’re really trying to invest heavily in things that matter such as clean water, medicine, education’’, says Kendall.

“But to those on the ground it would make much more sense to stop the war, rather than continue prosecuting the war, and keep at the same time pumping money into things that are breaking as a result of it.”

Mohammed bin Salman Al Saud, Riyadh agreement, Saudi war on Yemen November 9, 2019
UK lowers security level for its ships in Strait of Hormuz
Is it time for a historic paradigm shift in the Persian Gulf?