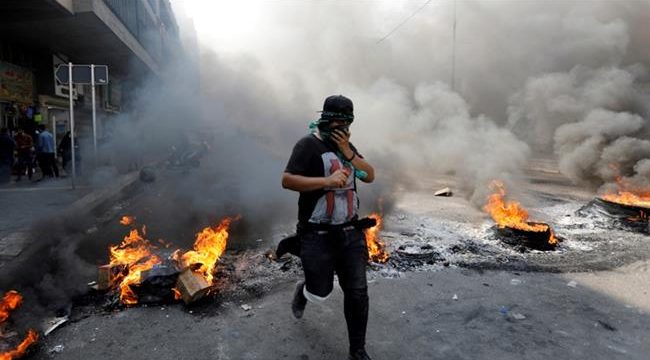 Iranian Diplomacy – Ayatollah Ali Sistani’s last statement on Friday about recent developments in Iraq sends several messages. The grand ayatollah warned in his statement that the current situation in Iraq may drag the country into chaos.

In his statement, the ayatollah stated that the lost lives on both sides – protesters and security forces – are valuable to the religious authority and that the country must not degenerate into chaos.

“No person or group, no side with a particular view, no regional or international actor may seize the will of the Iraqi people and impose its will on them,” Ayatollah Sistani said.

After the statement was issued, Iraqi political groups and figures greatly backed it. For example, Speaker Mohamed al-Halbousi said that the parliament supports solutions put forward by the religious authority.

The Iraqi people, who are well aware of the political situation in their country, took to the al-Tahrir Square in Baghdad to declare support for the religious authority. Iraqis burned U.S. and Israeli flags, chanting slogans against the U.S., the Zionist regime, Saudi Arabia and the Ba’ath party. They also protested against the meddling of foreign countries which seek to create chaos and incite the protests.

The study of recent developments represents two important points: the first point is that political groups should pay attention to the statement of Ayatollah Sistani.

Those political groups in Iraq, which are trying to hold the current government and Prime Minister Adil Abdul Mahdi responsible for corruption and agitate the situation to defame the government, should take the statement into account.

Some political parties are seeking to use popular protests in their own favor to achieve their political goals. These parties, influenced by the U.S. and Saudi Arabia, are pursuing other goals than pushing for reforms in the country.

The second point is the failure of efforts by some foreign countries to exploit protests in Iraq. Foreign media, especially those affiliated with the U.S., have worked hard in recent days to show that the demonstrators have chanted slogans against the religious authority and even have attacked some of their offices during the protests.

In should be noted that implementation of political and economic reforms will not take place without stability and security in any country. That is why Iraqi political groups should stop politicking and not be tempted to settle scores. Instead, they should join hands to do reforms until the country leaves this critical stage behind.