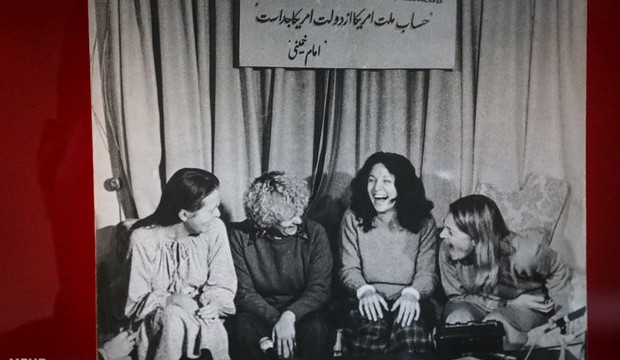 Iranian students take over US embassy in Tehran – archive, 1979

The Guardian | Nicholas Cumming-Bruce: 5 November 1979: Up to 100 hostages taken and captors say they will be held until the US government agrees to return the deposed Shah

Several hundred Iranian students yesterday occupied the US embassy in central Tehran, taking up to 100 hostages, including US diplomatic staff, and Marine guards in an assault that appears to have left the Government nonplussed.

At a press conference late yesterday, spokesmen for the students who described themselves as Muslims without political party affiliations said that the staff would be held until the US Government agreed to return the deposed Shah to Iran to stand trial. If the request was not met, the students said they would act towards the hostages in accordance with the wishes of the people.

The attack came about midday after hundreds of thousands had marched through the centre of the capital in commemoration of students killed by the Shah’s troops at Tehran University last year. The occasion rapidly turned into demonstrations against the US Government for admitting the Shah in the US on medical grounds.

Aban 13, Iran-US tensions, takeover of the US Embassy in Tehran November 6, 2019
China – not Iran – is the real reason US troops will never leave Iraq
Iran steps further from nuclear deal with move on centrifuges