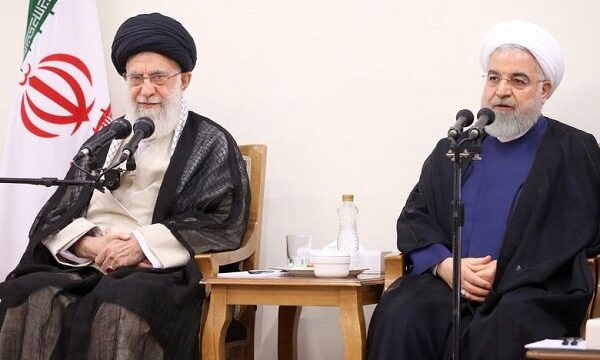 The New York Times | David E. Sanger and Richard Pérez-Peña: Tehran has been scaling back compliance in retaliation for President Trump’s withdrawal from the 2015 agreement.

Iran said Monday that it had begun running a significant number of new, advanced uranium centrifuges, accelerating its ability to produce enough nuclear material to make a bomb and throwing its 2015 nuclear deal with world powers into further disarray.

The big question now is how quickly Iran, with its new capacity, could produce the fuel needed for a single bomb. Some analysts say that it might be able to do so in under a year.

The announcement was Tehran’s third move in six months to ratchet up pressure on the West in response to President Trump’s decision to exit the nuclear agreement and reimpose sanctions on Iran.

It came the same day that the White House imposed a new set of sanctions aimed directly at top aides to Ayatollah Ali Khamenei, the nation’s supreme leader. The sanctions were timed to mark the 40th anniversary of the American Embassy takeover in Tehran.

Ever since Mr. Trump announced in May 2018 that he was withdrawing the United States from the Obama-era nuclear deal that also includes Britain, France, Germany, China and Russia, Iran has walked step by step away from the commitments it made under the agreement. It says it can no longer abide by the deal if the United States violates it by unilaterally reimposing sanctions.

The agreement’s restrictions on centrifuges was a major restraint. It limited Iran to using about 5,000 older centrifuges at its main nuclear development facility for 10 years.

But in April, with the United States having pulled out of the deal, Tehran announced plans to use newer, more efficient centrifuges.

Then on Monday, it said it had doubled them.

It was the goal of the nuclear deal to keep Iran from being able to produce enough fuel for a bomb within a year — and give the international community time to respond if there was evidence Tehran was actually seeking a bomb.

Iran has always said that it is not seeking a bomb, and on Monday reiterated that it was prepared to save the nuclear agreement.

“Our final goal is full implementation of the nuclear deal,” said Ali Rabiei, a government spokesman. Iran’s actions, he said, “are aimed at bringing the other side back to compliance.”

The new Treasury Department sanctions announced Monday target the general staff of Iran’s armed forces and nine associates of the ayatollah, who himself was the target of previous sanctions. Among the new targets were the ayatollah’s chief of staff, one of his sons and the head of Iran’s judiciary.

“This action further constricts the supreme leader’s ability to execute his agenda of terror and oppression,” Treasury Secretary Steven T. Mnuchin said in a statement.

The administration also increased to $20 million from $5 million the reward for information leading to the recovery of Robert A. Levinson, an American who disappeared in Iran in 2007. Mr. Levinson, a former F.B.I. agent who worked as a private investigator and part-time consultant for the C.I.A., vanished while on a mission to recruit an intelligence source for the C.I.A.

The administration’s settling of old scores — it was in 1979 that Iranians seized 52 Americans at the embassy, holding them for 444 days and dominating the last year and a half of Jimmy Carter’s presidency — and the escalation by Tehran of its nuclear fuel production capabilities underscored how poisonous the relationship between the countries remains.

A brief effort by France to begin a dialogue between President Hassan Rouhani and Mr. Trump at the United Nations in September fizzled: Mr. Rouhani declined an invitation to enter a room where Mr. Trump would be available on an open speakerphone, The New Yorker reported.

The Trump administration argues that its strategy is working: The sanctions have dramatically cut Iran’s oil revenues, and Mr. Trump often maintains Iran is now a “different country” because of the pain imposed.

But that pain has not resulted in changed political decisions, at least not yet.

Rob Malley, who took part the nuclear deal negotiations as a senior official in the Obama administration, said Monday that the Iranian centrifuge action “will come as a surprise only to those who believed in the fantasy that the Trump administration’s maximum pressure campaign somehow would lead Tehran to agree to more stringent measures.”

The moment is coming, said Mr. Malley, now president of the International Crisis Group, when the accord “completely falls apart.”

Even as it escalates, however, the Iranian government says it is prepared to reverse each step if the European powers that signed the agreement find a way to ease the impact of United States sanctions.

Led by France, Europe has now proposed two different ways to alleviate the pressure, but so far neither has gone into effect. The most recent was a proposal for a $15 billion line of credit, secured by Iran’s future oil shipments, that would allow it to re-engage in Western markets. But eventually France said that deal, too, would require Washington’s acquiescence.

At a news conference in Tehran on Monday, Mr. Rabiei, the government spokesman, said that if the European commitments “are fully implemented, we will come close to what we had in the nuclear deal, too,” according to the semiofficial Fars News Agency.

The centrifuges are used to separate the rare, highly radioactive isotope, uranium 235, from uranium 238. Increasing the proportion of uranium 235 is known as enrichment. At low enrichment levels, that produces fuel for nuclear power. At 90 percent enrichment, it provides fuel for a bomb.

Under the nuclear deal, Iran gave up about 97 percent of its enriched uranium stockpile, agreeing to keep no more than 660 pounds for 15 years. It also agreed to limit its enrichment to less than 4 percent uranium 235.

In recent months, Iran has gone beyond both the total amount and the level of enrichment that were allowed under the agreement. But its stockpile is still too small to make a single bomb.