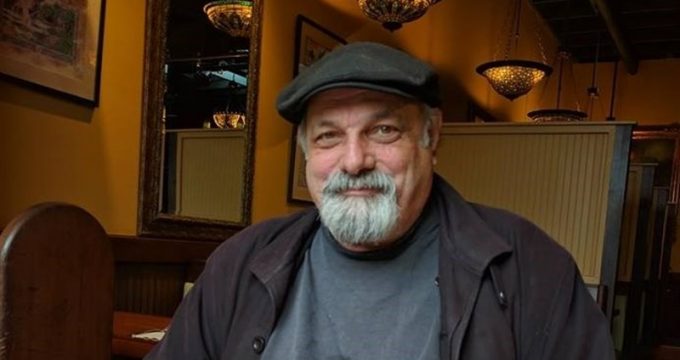 US seeking to blunt rise of Russia, China: American Prof.

Tasnim – An American academic and political analyst said the US is confronted with Russia’s military resurgence and China’s economic might and is seeking to contain the two superpowers’ rise via sanctions and trade war.

“The US is confronted with a new alignment of forces, the military resurgence of Russia and the economic might of China, that it has dreaded but has not been able to stymie. The economic and political sanctions directed against Russia and the trade war against China are meant to blunt their rise but have been ineffectual in doing so,” Dennis Etler, a professor of Anthropology at Cabrillo College in Aptos, California, told Tasnim.

Tasnim: Recent strategic and military moves by the US in the Middle East signify that Washington’s foreign policy is shifting. Some experts argue that this shows Washington’s declining willingness to invest military and economic resources in defense of its allies’ security in the region. How do you see this? What is behind this change of policy?

Etler: There is a struggle within US political circles between the old guard of neo-liberal and neo-conservative interventionists on one hand and the recrudescence of nationalist protectionists on the other. The old guard, while having their own differences between them, nonetheless unite around the policy of seeking and maintaining US global hegemony by intervening and interfering in the internal affairs of other nations by military, economic and diplomatic means. In other words, while they may differ in tactics they share the same goal or strategy of maintaining the system of US imperialism by subverting and/or containing any sovereign state that resists their control. The nationalists, led by Trump, have reverted to a 19th-century policy of gunboat diplomacy. They have seen the disastrous consequences of neo-lib/neocon interventionism and want to keep the US out of direct foreign entanglements, but they have not abandoned the strategy of seeking and maintaining US global hegemony. They hope to enforce it by intimidation, the use of proxy forces and attempts to pit nations against each other in order to fish in troubled waters. The nationalists are implementing a more cautious game plan than the neo-lib/neo-con interventionists, but one which still has elements of both within it. Hence, the rhetoric of Pence and Pompeo promoting US exceptionalism and indispensability as leaders of the “free world” sounds little different than that of Bush, Clinton, and Obama.

Tasnim: Do you believe that the US desire to avoid foreign entanglements is a result of its long, costly, and thankless engagements in Afghanistan, Iraq and other countries?

Etler: Trump quite frequently talks about the cost of foreign entanglements and endless wars. He and his followers see this as a dead-end which offers little to be gained. They have a very parochial attitude towards other countries and basically just want to lord over them thinking that they can just roll over and bully them. This, however, has not worked out as well as they anticipated and it has given the old guard room to maneuver and regain their position. This is being manifested in the impeachment process unfolding against Trump mounted by the old guard neo-lib/neo-con “deep state.”

Tasnim: Experts argue that US hegemony is in decline as China and Russia have established new, leading roles in the region as well as the world. Do you believe in the decline? Do you think Russia and China are trying to replace the US?

Etler: The US is confronted with a new alignment of forces, the military resurgence of Russia and the economic might of China, that it has dreaded but has not been able to stymie. The economic and political sanctions directed against Russia and the trade war against China are meant to blunt their rise but have been ineffectual in doing so. If anything it has brought them together into a condominium that is greater than the sum of their parts. This is particularly true in the Middle East where the Russian military and China’s deep economic pockets are realigning the region and forcing the US to retreat. The question is not one of Russia and China replacing the US. It is more a question of the US losing its position of unilateral dominance.

Tasnim: It seems that the US is facing political confusion and is nearing its end as a symbol of liberalism. What are your thoughts on this?

Etler: US liberalism is a spent force. Its rhetoric is empty. No thinking person can take seriously anything they have to say. Their words reek of duplicity and hypocrisy and they have little to offer but brute force. They leave only destruction in their wake. Trump is no better, other than the fact that he is full of baloney, bluff, and bluster. Nonetheless, like a bull in a China shop or a loose cannon, he can inflict damage. Either way, the US is at ropes end and doesn’t know how to respond to changing world conditions. This offers both opportunities as well as dangers for forging a new road ahead towards peace and prosperity for the world’s people.