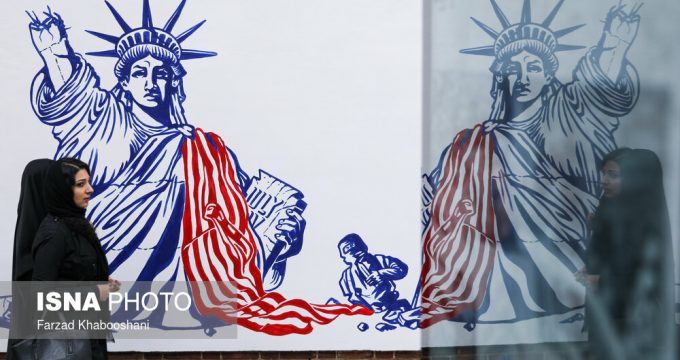 How history proves US animosity with Iranians

IRNA | Hossein Abolqasemi: Iran-US hostility dates back to the US-backed 1953 coup in Iran and before when Iran declared nationalization of its oil industry.

Supreme Leader of the Islamic Revolution Ayatollah Seyyed Ali Khamenei made the remark on Sunday, speaking to thousands of school and university students on the eve of the National Student Day.

He said that the US has used whatever and whoever at his disposal to hit Iranians.

In the chain of US crimes, both before and after the 1979 Islamic Revolution, the US has done its best to hurt Iranians that had cut the hands of the US off Iranian natural resources.

Prime Minister Mohammad Mossadeq was the man who nationalized the Iranian oil industry – a hard blow to UK and US interests in Iran that had the potential to go beyond the borders of Iran and endanger their interests in the whole region or even the entire world.

In 1953, the Iranian democratically-elected prime minister was toppled in a US-UK-led coup.

UK Prime Minister Winston Churchill’s government desperately tried “to restore their stake in Iran’s petroleum industry by virtually any available means, including military action,” wrote Malcolm Byrne of the National Security Archive and Tulane that plotted a coup to oust Mossadeq from premiership.

Following the coup, the US reinstated the shah to throne in Iran and helped him resists the will of the Iranian people.

The US support emboldened the shah to massacre the people that were revealed after his removal from power in different occasions in different cities.

But the chain of unrest eventually led to the Islamic Revolution under leadership of Imam Khomeini in 1979.

After the Revolution, due to the US animosities and attempts to hurt the people and Revolution, some Iranian students stormed and seized control of the US embassy in Iran on 4 November 1979.

On 22 September 1980 Iraq, under Saddam, invaded Iran. With the military and intelligence support of the US and other Western powers, as well as certain Arab countries in the region, for Iraq, the war went on for eight years. However, they gained nothing. But the war killed hundreds of thousands of people and left thousands of fatally and irremediable injured soldiers and even civilians, including children. With the green light from the US, Iraq repeatedly used chemical weapons against Iranian border cities.

The Iraqi chemical warfare and war crimes faced a blind eye by the international community thanks to US secret lobbying.

In the last days of the US decided to enter the war in favor of Iraq. The USS Vincennes warship targeted Iran Air passenger flight 655 bound to Dubai from Tehran, murdering all the 290 people on board, including 66 children.

Iran and the international community got entangled in a stand-off on nuclear program for 10 years.

The US and the European states including Russia ans China passed a resolution at the United Nations Security Council imposing sanctions on Iran.

Iran declared time and again that its nuclear program is civilian and that Iran does not want to produce atomic bomb, the propaganda campaign escalated by the US over Iran’s nuclear program.

Iran signed the Joint Comprehensive Plan of Action with the five UN Security Council members plus Germany, which took effect on January 1, 2015. It was a 159-page agreement to downsize its nuclear program in return for lifting the UN sanctions.

Soon after Donald Trump became the US president from the Republican Party, the US Administration announced its withdrawal from the JCPOA and restored the sanctions which had been lifted by UN Security Council Resolution 2231 endorsing the JCPOA.

Iranian Foreign Minister Mohammad Javad Zarif protested to the US Administration over violating the International Law obliging the Governments to abide by their Agreements and settlement of international disputes by negotiations.

Zarif said that the US Administration perpetrated “Economic Terrorism” by restoring the sanctions on Iran.

The US hostility toward Iranians still remained unabated despite the breakthrough made by the JCPOA.