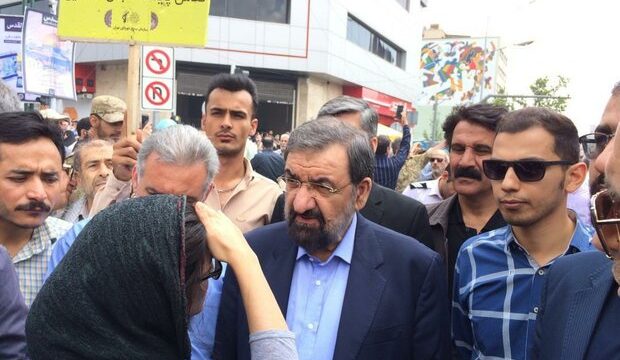 Trump’s expectation for talks with Iran ‘nothing but a mirage’: Rezaei

MNA – The Secretary of Iran’s Expediency Council Mohsen Rezaei said on Monday that the US president’s expectation for conducting negotiations with Iranian officials “nothing but a mirage.”

Making the remarks on the sidelines of the Nov. 4 rallies, which mark the US embassy takeover in Tehran by students in 1979, the Iranian official said, “Today is a historical day and we will continue our fight against the Arrogance until the US leaves the region and the impacts of its interference in the region have been neutralized.”

Addressing the US-led sanctions on Iran, Rezaei said “Iran is not afraid of these sanctions and the Iranian nation have experienced tougher conditions in the past 40 years.”

“The US president expects to hold talks with Iranian officials, which is nothing but a mirage,” he added.

In a meeting with thousands of pupils and university students on Sunday, the Leader of the Islamic Revolution said “Negotiations with the US is indeed fruitless. Those who consider resumption of talks with the US as the only way out of the country’s problems are one hundred percent wrong. There will be no achievement from talks with the Americans, because they certainly will not give any concession to us.”