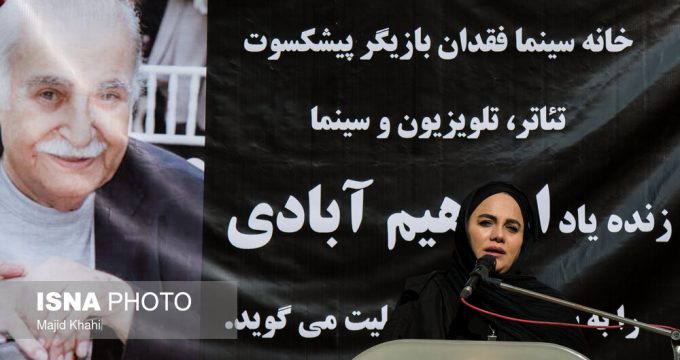 Tehran Times – Veteran stage and screen actor Ebrahim Abadi died at a Tehran hospital on Thursday after going into a coma two weeks ago following a lung biopsy. He was 85, the Persian media announced.

Abadi was born in Tabriz. He studied acting in an art school in Tehran and then continued his education in stage directing at the Academy of Performing Arts in Prague, in the former country of Yugoslavia in 1961.

He also collaborated in a number of movies by prominent Iranian directors as a supporting actor, including “Smell of Camphor, Fragrance of Jasmine” by Bahman Farmanara , “Passing through the Dust” by Puran Derakhshandeh, “Apartment Number 13” by Yadollah Samadi, “Mummy 3” by Mohammadreza Honarmand and “A Sweet Jam” by Marzieh Borumand.

Ebrahim Abadi, Ebrahim Abadi death, Iranian artists November 3, 2019
Iranian cleric: Takfirism most dangerous threat to Muslim world
The disputes between Iran and the US stem from the 1953 coup in Iran