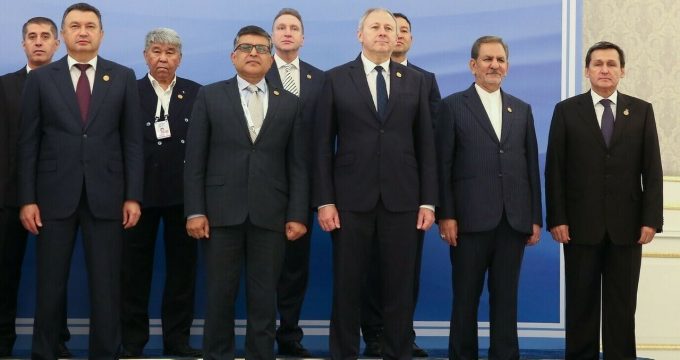 Sputnik – US sanctions imposed on Iran will push the development of global terrorism in the future, which contradicts UN principles and a responsible approach is needed, Iranian First Vice President Eshaq Jahangiri said Saturday.

“Let’s say the United States is trying to introduce and strengthen the issues of economic sanctions against Iran and also urge other countries to counteract Iran with the help of such sanctions. Such sanctions against Iran just further push the development of international terrorism. And this completely contradicts the UN Charter. I think that we should act responsibly here,” Jahangiri emphasized, speaking at the Shanghai Cooperation Organisation member states’ heads of government meeting in Tashkent.
The vice president added that his country was ready to facilitate and participate in the process of economic development as well as to assist other countries, and referred to the Joint Comprehensive Plan of Action (JCPOA) on Iran’s nuclear program.

Jahangiri stressed that Iran attached great importance to the issues of regional cooperation precisely from the point of view of maintaining peace, countering terrorism and international crime. According to him, regional organizations play a big role in the further development of a multilateral approach to resolving complicated issues.

“I hope that we can combine our efforts to overcome the issues of extremism and radicalization … Unfortunately, there is still such a thing as double standards or bullying policies, when in one country one organization is defined as terrorist, but in the other is not. I think it is necessary to conduct closer negotiations with other countries of the world so that we can get approval from the UN Security Council and also take action under resolution 1223 [on the situation in the Middle East],” the Iranian First Vice President said.
The JCPOA was signed in 2015 by Iran, China, France, Germany, Russia, the United Kingdom, the United States and Germany together with the European Union. It required Iran to scale back its nuclear program and severely downgrade its uranium reserves in exchange for sanctions relief. In 2018, the United States abandoned its conciliatory policy on Iran, withdrawing from the JCPOA and hitting Iranian petroleum industries with sanctions, prompting criticism from its allies in Europe.