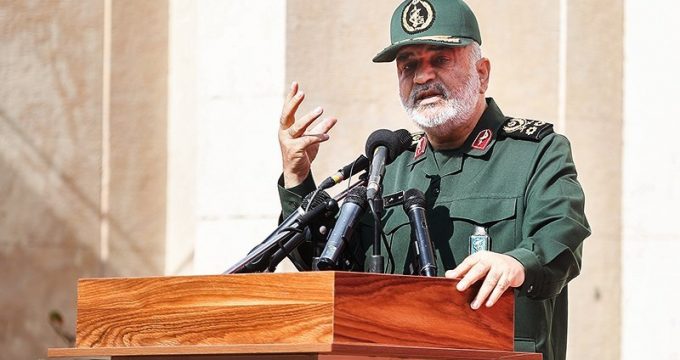 MNA – Chief Commander of Islamic Revolutionary Guards Corps (IRGC) Major General Hossein Salami announced on Saturday that when data collection procedure is completed, further information on Amad News file, the network run by the US, Britain and the Zionist regime, will be disclosed.

“People should be informed of the procedure of downing a complicated network of psychological warfare,” he said.

“Zam was a key figure of intelligence services for throwing the country into disarray…and driving a wedge between the Iranian people and government,” said Tavallaei, a ranking IRGC official, adding, “He was under the strong support of other intelligence services but we trapped and arrested him through a meticulous intelligence operation.”

All those individuals who have been deceived by foreign intelligence and anti-Revolution agencies should know that these countries will abandon them as soon as coming under pressure or facing a threat, he said.

IRGC said in its statement that it has ‘guided’ Zam towards Iran and then made the arrest, noting that further information about the operation will soon be revealed.