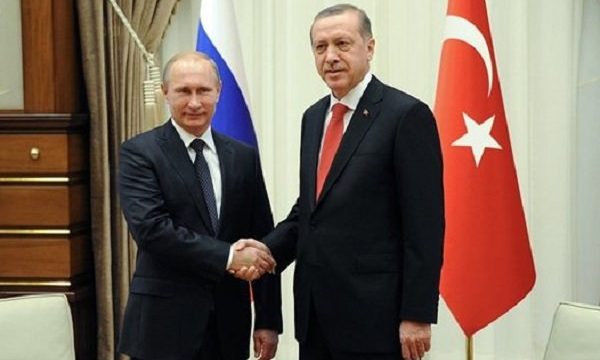 Al-Monitor | Hamidreza Azizi: Two weeks after the Oct. 9 start of Turkey’s Operation Peace Spring in northeastern Syria, Russian President Vladimir Putin and Turkish President Recep Tayyip Erdogan met in Sochi to discuss ways to resolve mutual concerns about the situation in Syria and how to stabilize it. At the end of their meeting on Oct. 22, the two leaders announced a deal to halt the further advance of Turkish troops on Syrian territory in exchange for Moscow’s commitment to help expel Kurdish armed groups from areas adjacent to Turkey’s border. Iran, which had criticized the Turkish offensive, was quick to react to the deal between its two Astana process partners.

On Oct. 23, Iranian Foreign Ministry spokesman Abbas Mousavi said that Tehran welcomed the deal, calling it a “positive step in restoring stability and peace in the region.” He added, “We hope that this agreement will help address Turkey’s security concerns on the one hand and maintain Syria’s territorial integrity and strengthen its sovereignty on the other.” Mousavi also touched on the 1998 Adana Agreement — the pact between Ankara and Damascus on cooperating to secure their shared border and to combat terrorism — calling it a good basis for addressing the concerns of both Turkey and Syria.

From the Iranians’ perspective, support for the Adana Agreement might be the main positive element of the Putin-Erdogan deal. Article 4 states, “Both sides reaffirm the importance of the Adana Agreement.” Iran, as a major ally of Syrian President Bashar al-Assad, has long called for implementation of the Adana Agreement, which it views as the only viable and sustainable way of stabilizing the situation along the Syrian-Turkish border. Resuscitating the agreement, abandoned amid the Syrian civil war, would also represent Ankara’s de facto recognition of the Syrian government’s legitimacy, an important factor for Damascus allies Iran and Russia in preserving Assad’s rule.

Abbas Mousavi, Turkey military operation in Syria, Turkey-Russia deal on northern Syria October 31, 2019
Water crisis in Iran: Pushing to the brink
Agrifood products account for over half of Iran-EEU trade