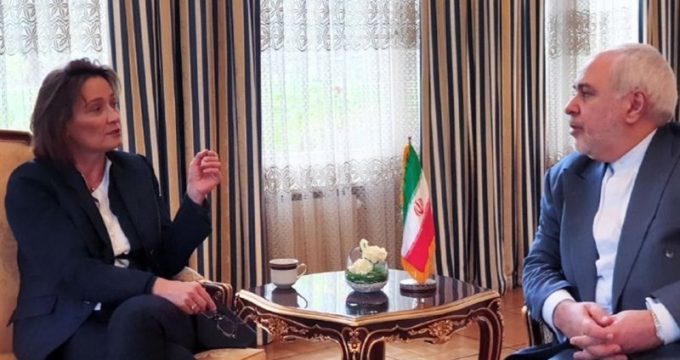 Tasnim – High-ranking diplomats from Iran and Switzerland at a meeting in Geneva discussed a range of issues, including the latest developments in the Middle East.

In their talks, the two diplomats discussed the most recent developments in relation to Tehran-Bern bilateral relations, regional issues, and the 2015 Iran nuclear deal, known as the Joint Comprehensive Plan of Action (JCPOA).

Zarif has travelled to Geneva for a ministerial meeting of the Astana Process for peace in Syria.

He held meetings with his Russian and Turkish counterparts and the United Nations Secretary-General’s Special Envoy for Syria Geir O. Pedersen on Tuesday.

The meeting of foreign ministers of the three member states of the Astana Process coincided with the inaugural meeting of the Syrian Constitutional Committee.