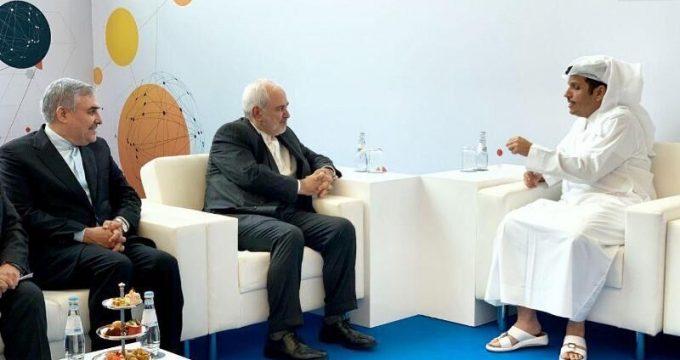 The meeting was held on the sidelines of the Munich Security Conference Core Group Meeting in Doha which is now underway in Doha.

Zarif is to deliver speeches in various panels.

In his speeches, Iranian foreign minister is to elaborate on current developments in the Persian Gulf as well as Iran’s stance in this respect.

The Munich Security Conference is an annual conference on international security policy that has taken place in Munich, Bavaria since 1963.