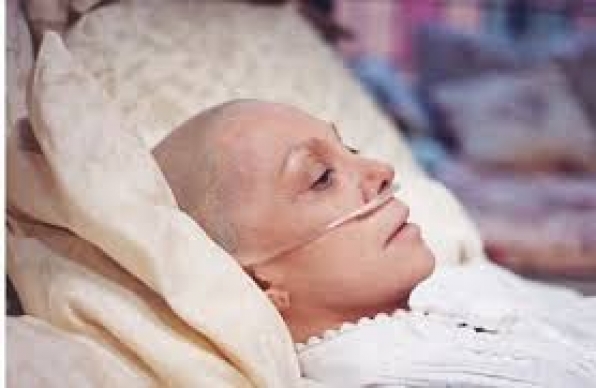 “The consequences of redoubled US sanctions, whether intentional or not, pose a serious threat to Iranians’ right to health and access to essential medicines—and has almost certainly contributed to documented shortages— ranging from a lack of critical drugs for epilepsy patients to limited chemotherapy medications for Iranians with cancer, the New York-based rights group said on Tuesday.

“Though the US government has built exemptions for humanitarian imports into its sanction regime, broad US sanctions against Iranian banks, coupled with aggressive rhetoric from US officials, have drastically constrained Iran’s ability to finance such humanitarian imports,” the rights organization added.

Since quitting a 2015 multilateral nuclear deal with Iran, the administration of US President Donald Trump has been running what it calls a “maximum pressure” campaign against Iran, mainly focused on its economy.

While Washington claims the sanctions would not target the flow of medicine and other humanitarian necessities into Iran, banking sanctions are in fact increasing import prices, blocking supply chains, and creating deadly drug shortages in the country.

Iranian companies, even those not blacklisted by the US, are often cold-shouldered by European banks, fearing secondary US sanctions.

Sarah Leah Whitson, Middle East director at the HRW, said the Trump administration officials “claim they stand with the Iranian people, but the overbroad and burdensome US sanctions regime is harming Iranian’s right to health, including access to live-saving medicines.”

“The comprehensive web of US sanctions has led banks and companies to pull back from humanitarian trade with Iran, leaving Iranians who have rare or complicated diseases unable to get the medicine and treatment they require,” she added.

In the report, the HRW documents how the US-built exemptions for humanitarian imports into its sanctions regime have failed to offset the strong reluctance of US and European companies and banks to finance humanitarian goods.

The body quoted the head of Iran’s Drug and Food Organization as saying that the country produces 97 percent of the medicines consumed in Iran but imports more than half the raw materials to make them. It also has to import special medicine for patients with rare diseases.

HRW called on the US to “get serious about addressing the harm resulting from its cruel sanctions regime.”

Washington must create “a viable financial channel with reasonable requirements for companies, banks and groups to provide humanitarian goods for people in Iran,” it said.

In May, the Academy of Medical Sciences of Iran wrote to the UN to complain about the illegal US sanctions against the country, saying the restrictive measures have adversely affected the medical treatment of Iranian patients.

On Friday, the US Treasury Department claimed it had decided to facilitate sales of food and medicine to Iran.

It said had created a new humanitarian mechanism to ensure shipments of food and medicine can continue to be delivered to Iran, adding it would allow “permissible trade” to support the Iranian people while maintaining its “maximum pressure” policy against the Iranian government.

The announcement was censured by Iranian Foreign Minister Mohammad Javad Zarif, who said on Sunday that the new regulations adopted by the White House would only worsen economic terrorism targeting the Iranian people.