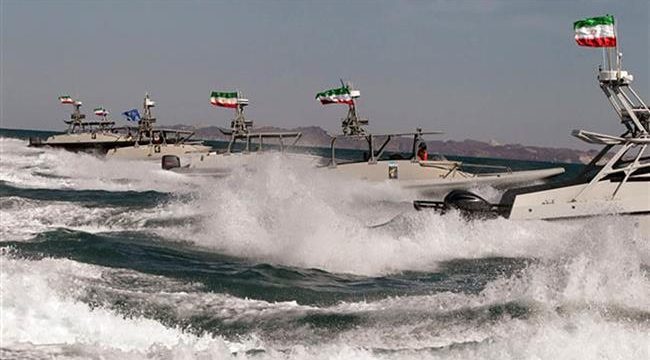 IRGC navy to use new weapons in future drill: Commander

Speaking to Tasnim in Iran’s southern port city of Bushehr, Rear Admiral Ali Reza Tangsiri said the IRGC Navy’s next war game will include a series of new weapons manufactured in the country.

The commander also noted that a new military vessel with advanced hull has joined the IRGC Navy’s fleet, saying his forces are in possession of military speedboats with the velocity of 90 knots.

He further highlighted the close watch the IRGC Navy is keeping on foreign vessels in the Persian Gulf waters, saying all vessels entering the Persian Gulf maritime routes are constantly monitored by Iran until they leave the region.

Rear Admiral Tangsiri also pointed to the IRGC Navy’s efforts to boost its combat capabilities, saying the military preparedness is being kept continuously to deal with the enemies in the region.

In July, the IRGC Navy took possession of a series of new equipment used for defense in modern warfare, including apparatuses for detection, pollution reduction, and protection against chemical, biological and radiological weapons.