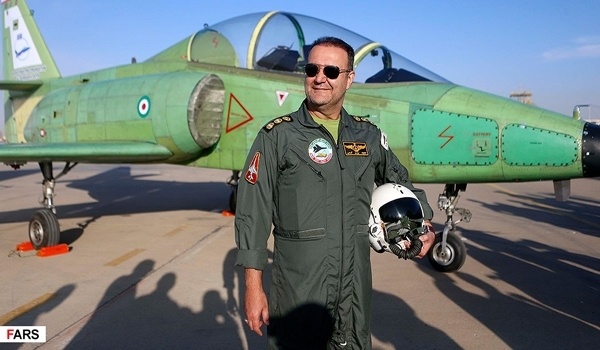 FNA – Chairman of the Iran Aviation Industry Organization Amir Karim Bani Tarafi announced that the domestically-manufactured training jet, Yasin, which was unveiled earlier this month can also be equipped with bombs and missiles in future to be used for close air support (CAS) operations.

“At present, the plane only has a training function but it can be in the future completed and equipped with bombs and missiles and be used as a CAS plane,” Bani Tarafi said in an interview with the state TV on Saturday.

He also said that the Air Force is assessing its needs to Yasin training jet and it usually needs 3 to 4 squadrons, each consisting of 16 planes.

Bani Tarafi underlined that one of the problems facing Iran in manufacturing the training jet was its engine, but the problem was eventually overcome and the engine was later mass-produced by Iranian experts and used in Yasin.

Iran earlier this month unveiled and put into operation the domestically-manufactured training jet, which is among the world’s best in terms of takeoff and landing capabilities.

The training jet, which has undergone its final test, made its maiden flight over Noje Airbase in Iran’s Western Hamadan Province.

The aircraft is 12 meters long and four meters high. It weighs 5.5 tons and can fly up to 12 kilometers.

The wing’s design enables the jet to land and take off at a speed of at least 200 kilometers per hour.

A fully horizontal rotating fin on the aircraft’s tail allows the pilot to perform various maneuvers.