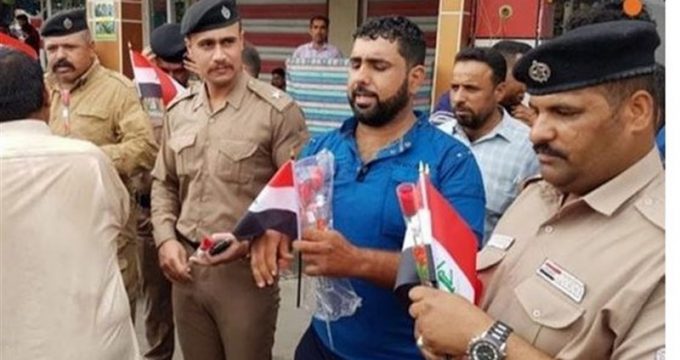 Tasnim – The Iraqi Interior Ministry praised the restraint shown by security forces during protests on Friday, noting that the country’s troops had secured the protection of protesters.

“The security forces secured the protection of demonstrations and protesters responsibly and with high restraint, by refraining from using firearms or excessive force against demonstrators,” the ministry said in a statement on Saturday.

The interior ministry also said 68 members of the security forces were injured across the country.

On Friday, a fresh wave of protests swept across Iraq’s capital and other localities south of the country following a period of calm in the country. The protesters want the government to make meaningful economic reforms and tackle corruption in state institutions.

Iraq’s Interior Ministry has so far confirmed the death of two protesters. Another 337 protesters and 72 security forces have also been injured, according to the ministry.

Citing local sources, however, Iraq’s al-Masalah news network reported about a dozen deaths amid ongoing protests. The network also reported a much larger number of injuries.

Al-Masalah reported that offices belonging to various political factions had been set on fire during the protests.

Not all protests descended into chaos, however. Images circulating on social media showed protesters embracing Iraqi security forces, while other images showed security forces providing aid and water to the demonstrators.