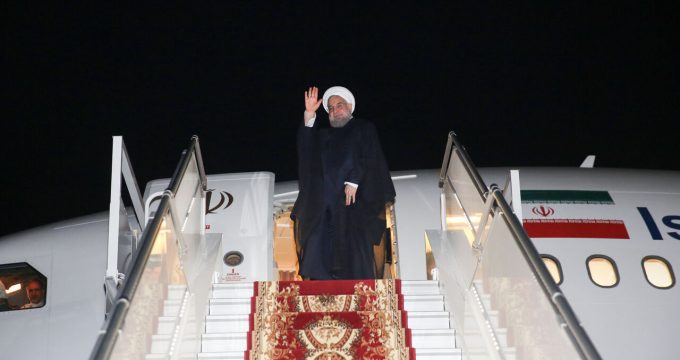 During his two-day visit to Baku which took place at the official invitation of his Azeri counterpart Ilham Aliyev, President Rouhani explained Iran’s stances vis-à-vis regional and international developments during the international summit.

On his first day of visit to Baku, he sat down for talks with President Aliyev to discuss issues of mutual interest as well as major regional and international issues.

President Rouhani also held talks with the Venezuelan, Cuban, Pakistani and Algerian presidents as well as Malaysian and Bangladeshi prime ministers on the sidelines of the 18th NAM Summit.

Formed in 1961, NAM is a grouping of 120 developing countries that do not want to align themselves with any major superpower. The movement provided an alternative for nations that did not back either the United States or Soviet Union during the Cold War. Seventeen states and 10 international organizations currently have observer status.

Baku, Hassan Rouhani, NAM summit October 25, 2019
President in a meeting with his Pakistani counterpart: Iran, Pakistan determined to deepen ties
Arrogant powers have no choice in face of Iran, Cuba but to surrender: Rouhani