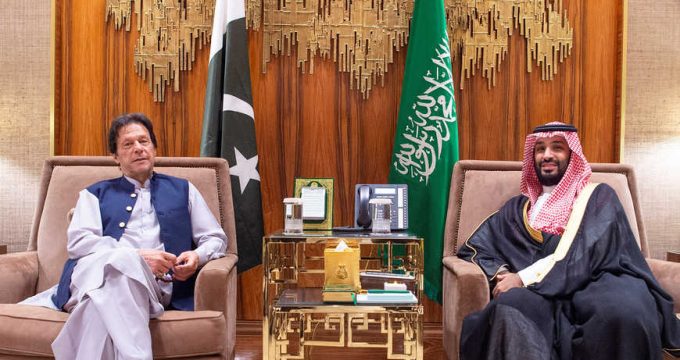 Al-Monitor | Hamed A. Kermani: In pursuit of peace building, Pakistani Prime Minister Imran Khan had a hectic week visiting Tehran and Riyadh earlier this month. He arrived Oct. 13 in Tehran, where he met Iranian President Hassan Rouhani and Supreme Leader Ayatollah Ali Khamenei. As he left Tehran, Khan said, “I will go to Saudi Arabia with a positive mind.”

Two days later, he arrived in Riyadh and met with Saudi King Salman bin Abdul-Aziz and Crown Prince Mohammed bin Salman. According to Pakistan’s Foreign Office, Khan advised the monarch to resolve differences with Iran “through diplomacy.” However, there was no news about the Saudi family’s response to this advice.

The initiative wasn’t accompanied by positive signs in the first place. On Oct. 11, just before Khan’s arrival in Tehran, there was an attack on an Iranian oil tanker near the Red Sea port of Jeddah, Saudi Arabia. Iran indirectly blamed the Saudis, pending an investigation, and issued a firm warning. (Since then, Iran has placed blame on Iran, the United States and Israel.)