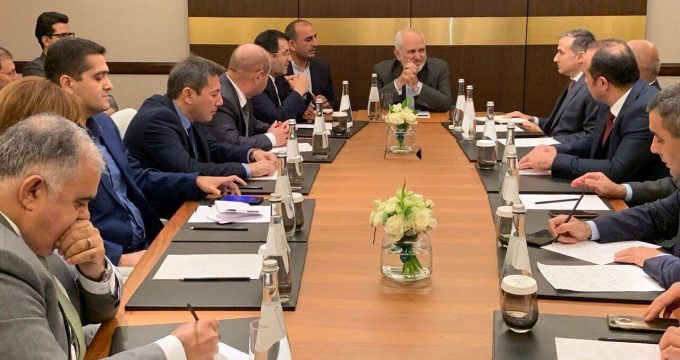 IRNA – A group of media directors and members of think tanks of Azerbaijan Republic held a meeting with Iran’s Foreign Minister Mohammad-Javad Zarif on Thursday to discuss different dimensions of the relations between the two countries, as well as regional and international topics.

Zarif arrived in Baku on Tuesday to take part in the Non-Aligned Movement summit slated for Friday.

In the NAM ministerial meeting, the document and the joint statement of the Summit was finalized and some regional and international issues were raised.

Zarif held meetings with the Iraqi and Serbian ministers of foreign affairs as well.