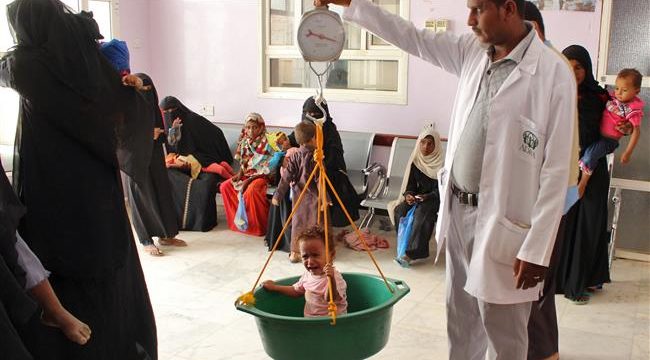 Press TV – On the 30th anniversary of the world’s convention of Rights of child, the UNICEF held in Yemen’s capital Sana’a held a press conference giving the country’s children a podium to make their voice heard on how the Saudi led war has undermined and violated all internationally cherished laws and norms.

For her part the Representative of the UNICEF Sara Nyanti stressed that rights of child will always be ensured by the world’s organizations through the contribution of societies, yet the case in Yemen requires first an end to the current chaos.

Rights activists say that as the world is marking the Convention of the rights of children, the international organizations including the UNICEF have failed to adopt any serious measures against Saudi years long airstrikes on civilian targets, including schools, hospitals and residential areas.

According to the UNICEF estimates, two million children are out of school in Yemen, which has been the subject of a destructive Saudi-led military campaign for more than four years.

Saudi Arabia and its allies launched a deadly military aggression against Yemen in an attempt to reinstall a Riyadh-backed former regime and eliminate the Houthi movement, which has been defending the country along with the armed forces.

The Western-backed offensive, coupled with a naval blockade, has destroyed the country’s infrastructure.

It has also led to the world’s worst humanitarian crisis in Yemen, with many children suffering from cholera and severe malnutrition.