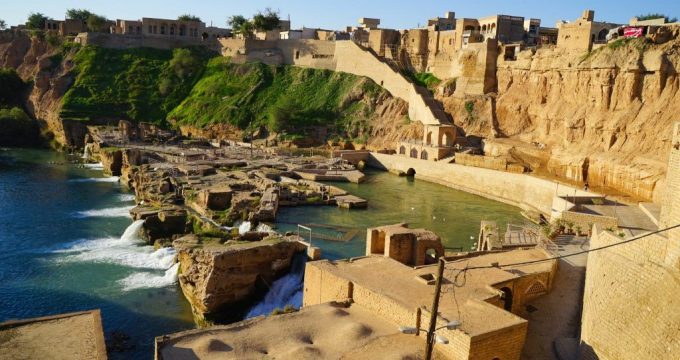 IRNA – The head of Shushtar Cultural Heritage, handicrafts and Tourism Department Ali Mohammad Chaharmahali said on Wednesday that some 419 foreign tourists visited the city’s monuments in October this year.

The main tourist attraction of the ancient city of Shushtar is the UNESCO listed Shushtar Historical Hydraulic System. With a history dating back to the 5th century BC, this system involved the creation of two diversion canals to supply the town of Shushtar with water to motivate the water driven grinding mills to produce flour from wheat or barley.

Producing a rather photogenic environment of water cascading over cliffs, the site is best visited in the mid-day sun when shadows are at a minimum, or after dark when the entire site is lite up by well-placed floodlights.

Ali Mohammad Chaharmahali speaking to IRNA on Wednesday said that the tourists were mostly from France, Britain, the United States, China, Italy and Brazil.

He also added that during this period more than four thousand domestic tourists also visited the monuments of this valuable city.

Shushtar lies to the north of Ahvaz. According to Iranian mythology, the founder of this city is supposed to be Hushang Pishdadi.