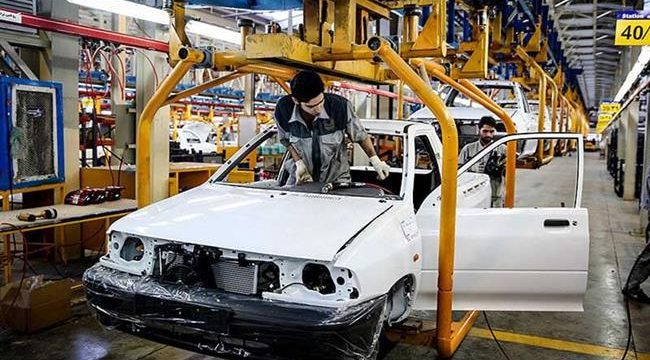 Iran says Pride will go from its recession-hit car industry

Press TV – Iranian authorities say that Pride, a car model that has dominated the country’s market for more than two decades, will be dumped in early summer 2020 as reports emerge of a recession that has affected sales in the wider industry.

The official IRNA agency said in a Wednesday report that production by major Iranian car-makers had decreased by nearly 36 percent in the first six-month of the Iranian calendar year which began in late March.

Pride, a car introduced in late 1980s by South Korea’s KIA Motors and produced in Iran by second largest automaker Saipa, accounted for more than 21.5 percent of the total production, around 349,000 sedans, until late September, according to other reports.

However, Iran’s minister of industries said on Tuesday that Pride would phase out in July 2020.

Reza Rahmani said there was a timetable to cease production of three models of the car in January, February and in July.

The police have said that it would have already stopped issuing licenses for Pride, blamed for a bulk of deaths on the roads in Iran, if Saipa had not received new orders for the car.

Some believe Saipa, owned by by the Iranian government and its subsidiary entities, is dropping Pride mainly to replace it with new affordable cars that could boost the depressed sales.

They say a sudden surge in the price of the car, sold currently at prices above 450 million rials (nearly $4,000), has caused many customers to opt for second-hands instead of a new Pride.

The relative recession in Iran’s car industry comes at a time the government struggles to prop up carmakers that have been affected by the American sanctions.

Largest carmaker Iran Khodro Company (IKC) said over the summer that Iran’s defense ministry had helped it master the expertise needed for production of a car model that had been stalled after French giant Peugeot left the Iranian market last year to comply with US sanctions.