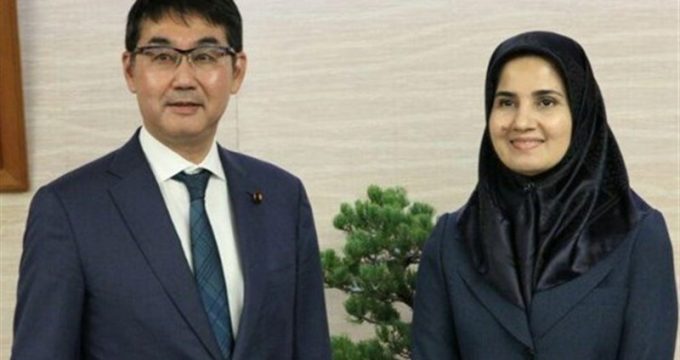 Tasnim – An Iranian vice president called for the expansion of legal and judicial cooperation between Tehran and Tokyo, expressing Iran’s support for the idea of judicial diplomacy.

Joneidi traveled to Japan to represent Iran in the enthronement ceremony of the South Asian country’s Emperor Naruhito earlier this week.

In the meeting with the Japanese minister, Joneidi called for the promotion of legal and judicial cooperation between Tehran and Tokyo, and welcomed the idea of judicial diplomacy proposed by Kawai.

She also said that the two countries can work together in various judicial fronts, such as training courses and research programs in cooperation with the union of lawyers and law faculties.

The vice president further said that implementation of previous bilateral agreements, including the extradition treaty, would resolve the problems facing the two countries’ nationals.

The Japanese justice minister, for his part, said there are numerous grounds for cooperation between Iran and Japan.

Iran and Japan finalized details of an extradition treaty in January 2015 after five years of technical talks and exchange of diplomatic delegations.