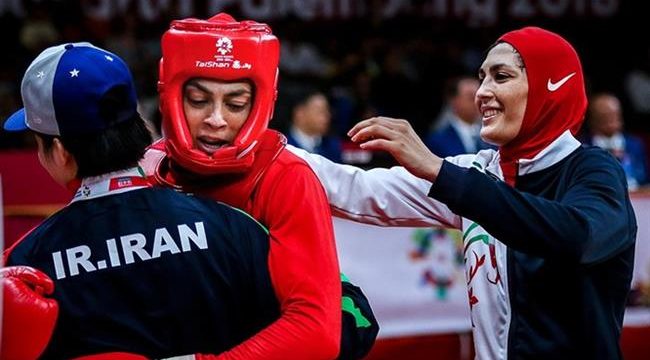 Press TV – Iranian women athletes have had a glorious day at the 15th edition of the World Wushu Championships underway in China, pocketing two gold medals so far.

In the Sanda discipline and the minus 70 kg category, Shahbano Mansourian managed to earn Iran’s first gold medal, after defeating her Brazilian opponent in the final with an impressive 12 point margin.

Meanwhile, Iran’s second gold medal was pocketed by Maryam Hasehmi in the 75 kg category, after defeating her rival from India in the final.

After two days of competition, Team Iran currently sit in third in the medals table, behind China and Macau.