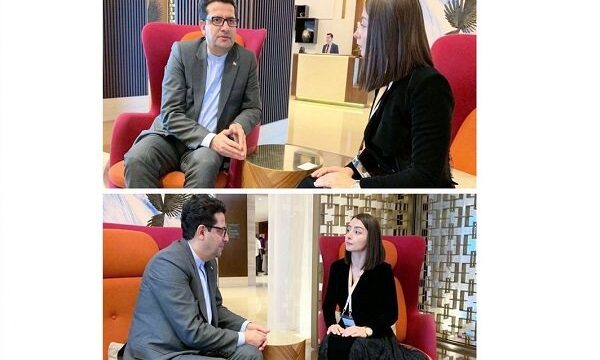 The meeting took place on the sidelines of the ministrial meeting of the 18th Non-Aligned Movement (NAM) hosted by the Republic of Azerbaijan.

The Azeri diplomat also posted about the meeting on her Twitter; “Had an excellent opportunity to meet and exchange views with colleague from #Iran, spokesperson for the MFA Seyyed Abbas Mousavi on the sidelines of the preparatory Ministerial Meeting of the 18th #NAMBakuSummit2019.”

The NAM’s ministerial meeting was held on Wednesday, where FM Zarif discussed major disrupting elements in the region, such as the Palestinian cause, the horrendous atrocities against the people of Yemen, US’ withdrawal from the JCPOA, as well as the American economic war, and advocated the Hormuz Peace Endeavor (HOPE) as means to the peaceful settlement of all disputes.

The NAM summit will be held on Friday, where President Rouhani is scheduled to deliver a speech.

NAM has 120 member-countries, 17 observer countries and 10 observer organizations, and aims to uphold anti-war and pacifist principles against imperialism in all its forms.